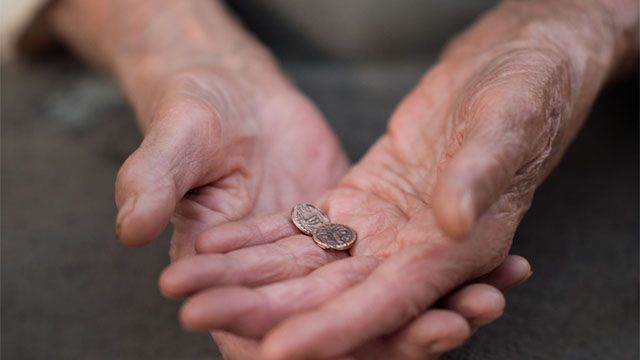 The Clunk and The Ting

It was probably the weirdest item the library clerk had checked out all day.  “No one ever borrows this”, I heard her mutter under her breath.  Then she gave me a quizzical look, as if to ask me if I knew what I was doing borrowing this item from the public library.  ‘Surely some mistake’, was carved on her face.  ‘A small boy wants to listen to this?  Sonny, were you looking for the pop music section?’  But I knew what I was doing, and this record, yes, this VINYL record – I really am that old – from the library’s music collection was exactly what I wanted.  To put it in the music section in the first place was a mistake, because this long-playing disc had no music on it at all – just sounds.  It had been made by the BBC, for amateur drama groups that needed a kettle to boil in the next room, or a dog to bark in a distant meadow, or someone to eat a packet of tortilla chips on the stairs.  But I wasn’t directing a play in a draughty village hall, or recording a radio show in my attic.  I just loved the sounds.  There were half a dozen of these records in the BBC collection, and I borrowed all of them in turn.  I’d put them on my turntable, close my eyes, and try to guess the sound – was that crunching snow or someone on the beach?  Was that an electric whisk or a hairdryer; a gravel path or a bag of marbles?

Because sounds say more than words can.  And Jesus has had enough words for one day.  He eases himself onto a stool at the entrance to the Temple and breathes a sigh of relief that the talking has stopped.  It’s been a turbulent few hours.  He has crossed verbal swords with the religious types, he has become emotionally involved, he’s even thrown furniture.  He perches on his stool, regaining his composure.  His eyes fall on the thirteen treasure chests that dominate the entrance to the Temple, and his ear is arrested by the sound of coins falling from worshipful hands.  But, they’re still there – those holier-than-thou types.  Even now as he tries to rest, he can’t rid them from his mind or his line of sight.  There they are – swaggering around like they own the place.  They smugly survey the forecourt, making sure everyone sees them, then they hold aloft their purses and take out some coins – big, heavy coins that proclaim their generosity.  And they drop them.  Clunk.  Jesus rolls his eyes, shakes his head, mutters to his heavenly Father and tries to resist the urge to pick another fight with them.  He’s done with arguing.  He stays seated and looks away.

But no sooner has he turned his head than it jerks back towards the treasury.  He hears something amazing.  Some unmistakable sign that God has not deserted the Temple; the small proof that God’s Kingdom has just come.  Ting.  Something tiny.  So tiny that it is drowned out by the clunks of the big money to all ears except those of Jesus.  His eyes shoot towards the ting.  And there she stands, bent over, her covering drawn so far over her head that her face is invisible.  Clearly, from the poverty of her appearance, she is a widow.  She hobbles away, unnoticed, except by the one whose divine ears notice things that truly matter.

The clunk and the ting.  Because sounds say more than words can.

‘Lepton’, they called that tiny copper coin.  She drops in two – two lepta.  Now, two lepta were equal to a quadrans.  Four quadrans made one assarion, an assarion was worth one sixteenth of a denarius, and a denarius was the daily wage of a labourer.  She had given one sixty-fourth of a worker’s daily minimum wage.  $1.50 in New Jersey money.

The tiny, tinny, ting.  But it was sweet music that reverberated in heaven that day.  Never has so quiet a ting been so deafening.  Never has a buck fifty been worth so much.  It shook the walls of heaven, and the angels had to put their fingers in their ears.  This anonymous, poverty-stricken, elderly widow gave all she had.  What she gave was nothing, but what she gave was everything.  The clunks made by the coins of the big givers sounded impressive to the by-standers, but in heaven that day, they registered not one decibel, like a soap bubble bursting, like a marshmallow falling into the Grand Canyon.  Gifts given without cost do not reach the ears of God.

Jesus stares.  He grins.  He mutters something else to his Father, and he calls the Twelve.  “Look”, he laughs.  “Did you see that?  That.  That is what I’m talking about.  That precious daughter of Abraham – she is what I mean when I talk about the Kingdom of God.  She has given more than those rich people.”

Now, being rational people who have studied math at school, the Twelve can see the flaw in Jesus’ arithmetic.  And one of them says “Er, actually Jesus, that ‘she gave more than those rich people’ part?  Well, that isn’t strictly true.  What you meant to say is that proportionately she gave more than the rest; but actually, she gave much less.  So, you weren’t strictly correct, Master.”   And Jesus, still thrilled by this daughter of God, replies, “I know what I said.  This widow has given more than everyone else.”

And the Twelve puzzle over God’s upside-down Kingdom where dollar signs don’t seem to matter, because God’s way of counting is different from ours.  The way Jesus sees the world the last are first, the first last; the least are the greatest, the disadvantaged are blessed; the way down in the way up; when you cling tight, you lose it; when you give it away you receive it; and a penny is more than hundreds of dollars.

When it comes to giving, God does not notice dollar signs, he notices percentages.  He doesn’t look at what we give, he looks at what’s left.

The clunk of the big coins, the ting of the small, and one more sound – how about the crack of our hearts?  Because this word hurts.  That impoverished woman drops her coins into the chest and a bomb into our chests.  I hear her story, and I wonder how much I ever truly give.  Because if I don’t really notice that it’s gone, if I am not feeling a personal loss when I give, then maybe I’ve not really begun.  That widow challenges the custom of naming public buildings after big donors.  Maybe we should not name the new wing of a hospital after a wealthy person who gave a million dollars to the appeal, but the senior citizen who gave 200.  This word hurts.  It rips the mask off the superheroes of giving and reveals them to be not the wealthy philanthropists, but the ordinary men and women who give proportionately more of their income to their churches or charitable causes.  Yes, this word hurts.

But let’s not talk just about money, because our coins and bills are just symbols.  They represent our lives.  It’s Week 7 of our autumn campaign, Every Perfect Gift.  The Gift of Legacy.  That’s an exciting word.  Legacy.  The thought that I can make a lasting gift to the world stirs my imagination.  It makes me feel good about myself.  But I’m talking about more than money.  How’s my life going to benefit people after I’ve gone?  How will people’s memory of me inspire them?  Will my name be remembered fondly as a person who was a role-model?  Will my words be quoted as giving people hope?  Will people be reaping the benefits of wisdom I have sown?  Will people look back on my life and be glad they knew me?  Will anyone be a better person because their path crossed with mine?

These questions make me think.  How will I live my remaining days so that this world will benefit from me having been here?  What do you have to give – your mental, physical, spiritual resources?  You might reckon they are puny compared to other people’s.  Your coin may feel small.  But your ting can still be heard in heaven.  Your ting can still inspire people, comfort them, give them light and security.  Let your legacy be a ting that changes lives.

Leroy Sievers left a legacy.  Leroy died in August 2008 after a lengthy time living with cancer.  In July 2007 he reflected on the theme of legacy in an interview with NPR.  “We’re all going to die’, he says.  “This applies to those suffering with cancer and those who will die in their sleep in their 90s.  When we’re gone, how fast will we disappear?  How long before time erases any trace that we were ever here?  “Dust to dust” is not just a figure of speech.  We’ll live on for a while in the memories of those we’ve touched.  But over time, these, too, will fade along with our pictures.  I’m not talking about fame.  Who, besides a few contestants on Jeopardy, can name the builders of the pyramids?  Doctors told me I was supposed to die 13 months ago.  Then seven months ago, and then, next month.  They’ve been wrong every time.  But at some point, they’re going to be right.  What matters is what we do now.  Do we touch the lives of others?  Do we make a difference?  Do we earn our place for the brief time that we are here?  I think all we can hope for, all we should strive for, is a day well lived.  And then another and another.  What better legacy could there be?”

Great words.  But don’t forget: sounds say more than words.  So, what sound will your legacy be?  A clunk that means little, or a ting that reverberates around the halls of heaven?  The answer lies NOT in how much of ourselves we’re willing to give, but in how much is left.