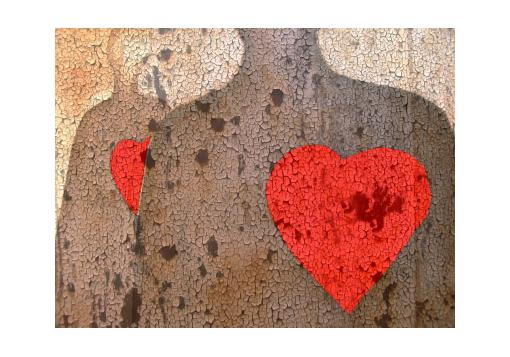 The Heart of the Human Problem

There was once a wealthy businessman from, I don’t know, let’s say North Jersey.  He ran the family business, if you know what I mean, but sadly died.  The following day his brother visited Father Fabio the parish priest to make the funeral arrangements.  And he said, “Father, my brother loved this parish, and we want to mark his passing in an appropriate manner.  We know about your project for a community center, and how you still need to raise a million dollars to build it.  Well, father, the family would like you to say in his funeral that my brother was a saint.  And if you do then let’s just say that you will get your community center.”  Well, this created a huge moral dilemma for Fabio.  Building the community center had been his passion, and here it was within his grasp; if only he  could lie in the funeral. The night before the funeral Fabio did not sleep; in fact, he spent all night in prayer beseeching God to show him a way around his conflict.  The next day dawns.  Fabio walks to church, vests, begins the Mass and climbs nervously into the pulpit to preach his homily.  “Friends, the man we see before us this morning was a liar, a cheat, a blasphemer, a thief, a murderer – a violent and godless man.  But next to his brother he was a saint.”

So, that Gospel lesson.  Where do you want to start?  How about the part where Jesus says, “If you say, ‘You fool,’ to someone you will be liable to the hell of fire.”  Or maybe, “everyone who looks at a woman with lust has committed adultery with her in his heart.”  Or perhaps, “whoever divorces his wife, except on the ground of unchastity, causes her to commit adultery; and whoever marries a divorced woman commits adultery.”  Any questions?  In that case let’s stand for our next hymn, number 800: ‘O Lord, get me out of here.’

Troubled?  You may be thinking, “I’m not sure I understand all this.  And the bits I do understand I don’t agree with.”  Well, I feel your pain.  This is as challenging as Fr Fabio’s problem, and the solutions are not as easy to spot.  But stay with me, let’s go to work together, and see if we can’t get our community center.

This passage comes near the beginning of an avalanche of wisdom.  A cascade of grace that we call the Sermon on the Mount.  It’s the most beautiful yet the most radical vision of human life ever uttered.  In the 2,000 years since, no one has come close to painting a better portrait of humanity at its best.  It is spine-tingling.  It humbles us, lacerates us, kills our pride and self-absorption, but only in the way a sculptor chisels at a block of marble, tapping away all those bits that hide the beautiful figure inside.  We are blocks of marble.  So know this – these words may well challenge and hurt us, but they will turn us into the glorious women and men God has made us to be.

We’ve read just seventeen verses today, but Jesus goes on for three whole chapters describing the chiseled and liberated life.  There’s teaching here on honesty, revenge, forgiveness, fidelity, violence, worry, giving, prayer, fasting, judging others, and getting your priorities straight.  Truly, if you’ve never read the Sermon on the Mount I challenge you to go home and do so this afternoon.  Matthew chapters five to seven.  It’ll take you ten minutes, you might feel the master’s chisel, but it might transform your life.

Religious people have a problem.  Actually, we have many, but there’s one on my mind today.  We love rules.  We like to be told to ‘do this’ and ‘don’t do that’.  Rules, we think, will get us to God.  If we obey them God will be pleased and will love us and will bless us.  Now, why is this a problem?  Well, first, it is just flat-out wrong  – no amount of being holy will persuade God to love you more –  he already loves you infinitely; and, second, obeying religious rules leads to the twin evils of self-righteousness and judgmentalism.  Religious rules inflate our view of ourselves and deflate our view of others.  And what’s more, implies Jesus, religious laws don’t deal with the heart of the human problem.  The heart of the human problem is the problem of the human heart.  Religious rules can stop me killing people or cheating on my spouse, but, they don’t change my heart.  Deep down in the dark secret place – that is where God wants to do his work, the place where my motives are hatched, and my urges are birthed.  Get to the place where the seed falls and let God work on it before it sprouts, takes root, grows, and eventually leads to a horror that destroys my life and other peoples’.  It’s one thing to grit your teeth and white-knuckle it in the face of temptation, but how much better is it to let God root out the seedling of sin before it grows to its destructive maturity.

Now, as an Anglican, an Episcopalian, there a few things I don’t do.  And ‘radical’ is one of them.  Evolution not revolution.  It’s a British thing.  I think it’s to do with the weather.  Rather like our food, our weather, is usually meh.  Not too hot, not too cold, not too wet, not too dry, not too windy, not too still; mild, bland, meh.  It makes the Brits suspicious of extremes.  We did actually have a revolution once – in the 17th century, but after a few years, people started to miss the good old days and invited the monarchy back.

But this morning I want to encourage radicalism.  At the heart of our word “radical” is “radix” the Latin word for “root.”  The radix is what is at the bottom of something, at the foundation.  The radix is the root, the origins.  And so Jesus is literally being radical.  He is saying don’t just deal with the fully-built structure above ground, get to the foundation.  That is where the problem lies, that is the engine of destructive behavior.

A preacher named Scott Hoezee, whom I knew when I lived in Michigan, summarizes Jesus like this: “You haven’t cheated on your spouse?  Good for you.  But you looked at your co-worker and thought about it; so that ‘Do not commit adultery’ command is in a shambles in your life.  You haven’t stabbed anyone through the chest or shoved someone off a cliff?  Good for you but when in your anger you told someone last week to go take a flying leap, in God’s eyes the ‘Do not murder’ command snapped quite cleanly in two.  You haven’t lied under oath?  Good for you but when you knowingly lied to your boss, then the ‘Do not give false witness’ command died a sudden death.”

Now, here’s another problem we religious types have – we hear this sort of thing and we start to feel guilty and beat ourselves up and take away with us the belief that we’re terrible people.  What did you learn at church today?  Oh, that I’m a rubbish Christian.  And if you go home today with that thought in your mind, then I have failed you.  This passage of teaching from Jesus is not about law, but love; it’s not about reminding ourselves of how useless we are, but giving us an inspiring glimpse of what we can become if we allow the divine sculptor to chip away; it’s not about wallowing in our sins, but dreaming of our destiny; it’s not about slavishly trying to obey God out of fear or duty, but it’s about relationships.  Yes, relationships.  Murder begins with dehumanizing someone; adultery begins with objectifying someone; lying begins with the belief that someone is not worthy of hearing the truth, divorce (at least, divorce in the time of Jesus) begins with believing someone (in that society, a woman) is disposable.  It’s about love, it’s about relationship, it’s about seeing the full dignity of every human being.

And it’s about admiring beauty without having to own it.  Last summer Gelind and I spent a fascinating afternoon in the Olympic Games museum in Barcelona.  And I beheld an object of such splendor and magnificence that my heart literally missed a beat and I felt my breathing change.  Because I’m the kind of guy who thinks that the most beautiful man-made object in the world is a Formula One car.  I can’t begin to tell you what happens inside me on the very few occasions I’ve seen one up close and personal.  And there, rather out-of-place given that motor racing is not an Olympic sport, was the object of my passion.  And I felt the heart of the human problem – the problem of my human heart.  There’s a line between admiring beauty – the beauty of a man or woman, the beauty of a jewel, the beauty of a car – and wanting to own it.  And that, friends, is the definition of lust.  Wanting to possess the beauty for yourself.  Not being content to go ‘wow’ and walk on, but wishing you had it.  So, I tried to convince myself that having a Formula One car was a complete waste of time, because I can’t even drive a Subaru down Route 22, what use will a racing car be?

Hear the Word of the Lord: Admire the beauty but don’t think of owning it.  Get to the foundation, allow God to dig out the seedling before it takes root and destroys you.  Then, the earth will be yours and everything in it –including your community center.