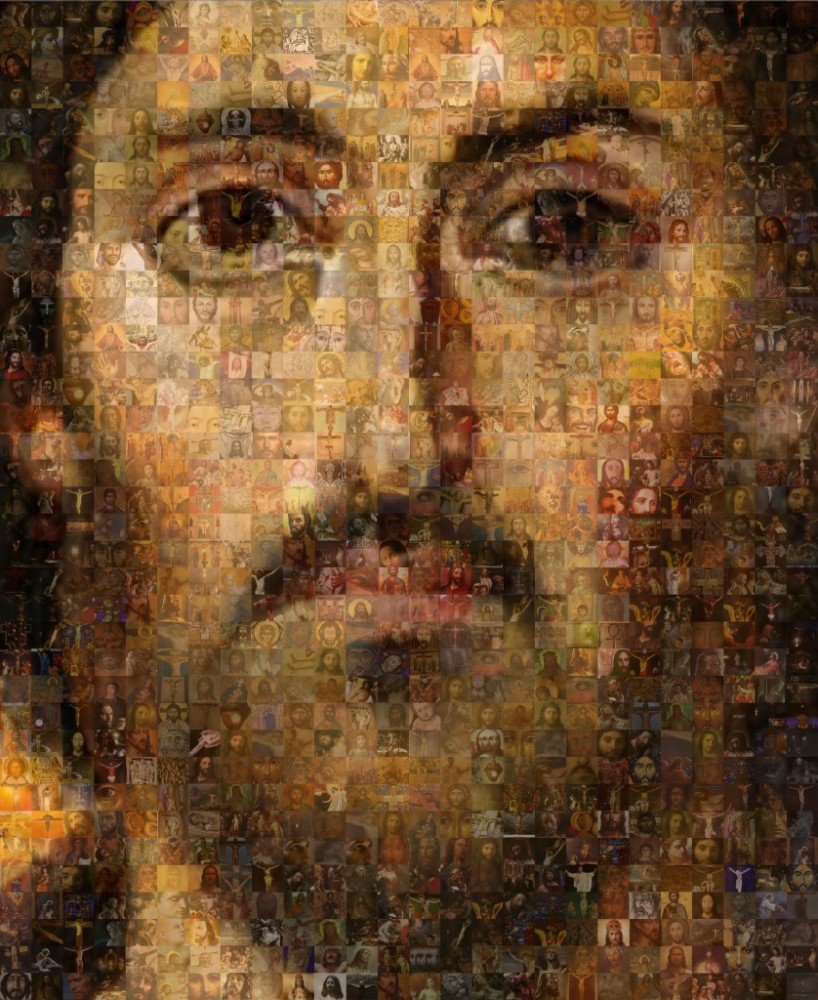 7%. 7%. It’s a shocking number. It is a number that makes teachers and preachers shudder. 7% is this dark, threatening presence in the corner of the room that gives us no peace. 7% mocks us and taunts us, and causes to lose whole nights of sleep. 7% is, according to the psychologist Albert Mehrabian in the 1950s, the amount of human communication that is purely verbal – jut our words. The other 93% comes from how we say those words (the tone and so forth) and all the body language that we use when we’re talking. 7%. So, my sermons are 1,800 words long, which means you are only going to listen to 127 of them.

Which is why I’ve made friends with emojis. I used to turn my nose up at emojis. Emojis are for people who can’t write properly. But after years of people misunderstanding my emails and thinking that I’m being serious when I’m actually making a joke, I’ve come to appreciate the importance of the smiley face emoji, or the wink emoji, or the tears rolling down my face I’m laughing so hard emoji.

And now I’ve discovered the avatar. Last week I downloaded an app called Bitmoji. And it allows you to create your own cartoon character, that, looks just like you. And your avatar can express all sorts of emotions. So, now when I’m making a poorly judged joke, I can put the cartoon of me laughing or winking and the reader of my email won’t be offended.

And I’ve brought him along – my cartoon avatar. Now, I was pretty pleased with him. But the more I look at him the more I think, ‘who am I kidding? This is just one big vanity project. This bloke looks like he’s about 25; and he has way more hair than I do. But there he is, this tiny, whimsical, cute version of me that inhabits this other world – this digital universe – a virtual environment that intersects with the real one.

There’s an alternative universe – one where I can look 25 and be cool and cute, and I never even knew it. There are dimensions all around us and we are oblivious, unless we have the perspective given by a smart phone, and a Wi-Fi hotspot. But then, it has always been this way. That’s what Paul says in today’s reading from Colossians. There’s a dimension beyond our usual awareness and above our human understanding.
“Since, then, you have been raised with Christ, set your hearts on things above, where Christ is, seated at the right hand of God. Set your minds on things above, not on earthly things. For you died, and your life is now hidden with Christ in God.”

Paul beckons us into this other universe. Actually he doesn’t beckon us into it, so much as tell us we’re already there. We live in two different dimensions. The rules of this earthly universe don’t apply in the other. It’s heavenly. This is a realm where we have mysteriously died and been raised, with Jesus. But it is not physical death. Paul is not talking about what happens when we die. We are dead, buried and raised to new life now, while we still live with these mortal bodies. It happened in our baptisms. Now we are seated above this universe, in this other dimension, citizens of two kingdoms. Now we are hidden in Christ, securely and eternally protected beneath his loving arms.

Life on the dance floor is exhausting. You spin and stride and whirl; you waltz, you rock, you tango. You tire. Your feet ache. You long to sit. But you can’t step off because there is always one more dance, once more shimmy across the floor, one more light fantastic to trip. So you focus. My, do you focus. You need to – it is bewildering on the dance floor. It’s all people, and music, and limbs, and unpredictability, and self-consciousness. If you don’t concentrate you will step on someone’s toes, trip and fall, or just make a fool of yourself. You lose yourself in the dance. When you’re in the dance, that is all you can see, all you can feel, hear and think about. On the dancefloor you get no perspective. You are adrift on the hard wood of bewilderment. But there’s this other dimension, this balcony. To get perspective on what’s happening on the dance floor, we walk to the foot of the stairs, climb them, look over the railing, and watch. We look down and observe the dance. You’ll understand it better. You’ll notice patterns you could not when you were caught up in the intensity on the floor. You’ll discover the reason why people did what they did. And then, when you’ve studied, learned, and reflected, you can return to the floor and dance and dance and dance, this time with understanding, this time with perspective.

We are seated in heavenly places, with Christ. But we also live on the dance floor. How essential it is to have that heavenly perspective. To go on up to that other dimension and live there too. And how much more important is it when the dance floor is the place of chaos, the venue of madness. The first casualty of suffering is perspective. When we are in the crushing pain of here and now it is desperately hard to leave the dance, climb to the balcony, and survey the world from the perspective of the reign of God and the Lordship of Christ. We live with disorientation, instability, bewildering change. Confusion and decay are all around us and within us. But we have died with Christ and have been raised with him to the balcony. Seated with him, we receive a new vision of hope and serenity. This is a sweltering summer – literally and metaphorically. But in the heat of the furnace, remember where you are. Hidden in Christ, safe and secure.

Barbara Brown Taylor writes a story about perspective in her book, “Learning to Walk in the Dark”. She was walking with her husband along a beach in Georgia and encountered a huge loggerhead turtle. She writes, “She was still alive, but just barely, her shell hot to the touch from the noonday sun. She had come ashore during the night to lay her eggs; and when she had finished, she had looked around for the brightest horizon to lead her back to the sea. Mistaking the distant lights on the mainland for the sky reflected on the ocean, she went the wrong way. Judging by her tracks, she had dragged herself through the sand until her flippers were buried and she could go no farther. We found her where she had given up, half cooked by the sun but still able to turn one eye up to look at us when we bent over her.

I buried her in cool sand while Ed ran to the ranger station. An hour later she was on her back with tire chains around her front legs, being dragged behind a park service Jeep back toward the ocean.

Finally the Jeep stopped at the edge of the water. Ed and I helped the ranger unchain her and flip her back over. Then all three of us watched as she lay motionless in the surf.

Every wave brought her life back to her, washing the sand from her eyes and making her shell shine again. When a particularly large one broke over her, she lifted her head and tried her back legs. The next wave made her light enough to find a foothold, and she pushed off, back into the water that was her home. Watching her swim slowly away after her nightmare ride through the dunes, I noted that it is sometimes hard to tell whether you are being killed or saved by the hands that turn your life upside down.”

The poet in Psalm 46 weighs in on the topic of perspective. “God is our refuge and strength, an ever-present help in trouble. Therefore we will not fear, though the earth gives way, and the mountains fall into the heart of the sea, though its waters roar and foam and the mountains quake with their surging.” We are living in times of global transition, when continents are colliding, when ancient truths are shaking, and trusted institutions are crumbling. But we have not yet witnessed the mountains falling into the heart of the sea. This is the very worst that the poet can imagine. But even if the very worst does happen, the poet will not fear because, he says, “The Lord Almighty is with us; the God of Jacob is our fortress.”

We have a new identity in Christ, we have a new location in the heavenly places, and so, says Paul, we need a new outfit – a wardrobe that is fitting for the dress circle on the balcony. In the verse after the end of our reading, he says this wardrobe includes compassion, kindness, humility, meekness and patience, bearing with one another and forgiving each other; and this new suit of gorgeous clothes is all it’s all held together by love.

When we put on this new set of clothes we build an emoji – one large, communal image of Christ, where we all have a part, and all contribute. “Get rid of anger, wrath, malice, slander, and abusive language. Do not lie to one another, because you have stripped off the old self with its practices and have clothed yourselves with the new self, which is being renewed in knowledge according to the image of its creator. In that renewal there is no longer Greek and Jew, Republican and Democrat, Apple and Android, Yankees and Red Sox, but Christ is all and in all! Together, in community, we paint the avatar of Jesus. But we can only do it in community. No more narcissistic representations of a false, perfect self, but a communal avatar that represents the body of Christ to the world.

This morning we’re sitting in two dimensions. The material universe, and the virtual universe. But there is a third dimension we occupy – we are seated with Christ, in the heavenly places. We have died and been buried in baptism. We’ve been raised to new life with a new perspective. We have a box seat on the balcony sitting next to Jesus, whose life gives us safety, whose perspective gives us hope, whose presence give us courage, and whose Spirit gives us grace. Get on the balcony, then go to live boldly with joy and serenity.