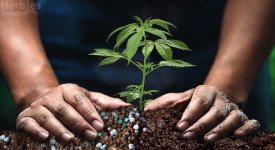 The shrine gleamed in the winter sun, as I took my place at the back of the queue of pilgrims waiting to enter. The atmosphere sparkled with excitement – the anticipation of ecstasy, which enticed the faithful to flock here from all over the world. This modern house of worship was dedicated to the glory of its god in just 2007. In fact, the deity it houses is a mere youngster – its incarnation occurred just 130 years ago. Yet, despite its brief life, this idol has won billions of devotees from every nation, tribe, people and tongue. Worshipers often refer to their savior as “The Real Thing”. For they have tasted and seen that their lord is good. And now, in downtown Atlanta, in the corner of Centennial Olympic Park, proudly rubbing shoulders with the 20 year ghosts of the world’s best athletes, I was visiting this place of prayer, this temple of tacky, this mind-blowing tribute to instant gratification.

The World of Coca-Cola it is called. And it really was like going to church. I had to queue to get in (OK, so that bit wasn’t like church); and it cost me $16 (in fact, this wasn’t at all like church). But, once I’d stepped through the gates of salvation and into the courts of praise, I was transported into a transcendental world – captivated by inspiring narrative and beloved icons. The sacraments of sugar.

Emblazoned on the wall of the narthex was the verse, “Coke refreshes body, mind, and spirit’. And an ambassador (for that is what the staff are titled) called out in a loud voice that once we had drunk Coke we would, and I quote, “never thirst again”. I learned about John Pemberton (peace and blessings upon him), who, in his Atlanta pharmacy, invented this elixir of all things holy. I discovered that there are only a handful of people on this entire globe who know the divine secret – the recipe of Coke. And although I am a sinner unworthy of receiving this secret formula, I, and my fellow pilgrims, were admitted into the holy of holies to behold the safe in which it is housed. There it was six feet away, behind a rope, and under the constant surveillance of security guards, lest we should touch it by mistake and be struck down.

We then sat in a small theater, enthralled as we watched the history of their evangelistic campaigns. We even sang along joyfully, proclaiming that we, too, “would like to teach the world to sing in perfect harmony.”

No sadness or sin were allowed in this pagoda of perfection, including in the telling of the story. Rather foolishly, I asked an ambassador whether it is true that the original recipe contained cocaine, only to be told that this was an old wives’ tale and untrue. When I naively enquired why the word ‘coca’ appears in the name he replied that it had something to do with caffeine. This was a sanitized, sterilized, caramelized vision of life in all its make-believe perfection. An immersion in sweetness, a baptism in syrup.

The River Jordan isn’t sweet, but it is brown – like Coke, but with fewer bubbles. When Jesus went down into those dirty, bacteria-infested waters it wasn’t to grow apple trees, and honey bees, and snow-white turtle doves. When Jesus stepped into the Jordan, he got down and dirty – literally. Often Christian artists have depicted Jesus’ baptism with more than a sip of sentimentality. The water looks like it came from a swimming pool. But when Jesus came up out of the river, he probably had mud on his clothes, gravel in his hair, bacteria in his ears, and silt between his toes.

If we truly live into our baptism, we will get our hands dirty. We will become contaminated. We will brush up against corruption, we will embrace the unclean, we will stoop in service of those who need their feet washing. When we are baptized, we are compelled to go where it hurts, thrown by God into the place of mess, hurled by the Spirit into the muck. At the font we think we’re getting clean, and we are, but we’re also getting ready to get dirty.

We call baptism a sacrament, which comes from the Latin word ‘sacramentum’, and a sacramentum was a solemn oath of loyalty. In ancient Rome a soldier took a sacramentum to faithfully serve the emperor, even to death. That is sobering, isn’t it? That doesn’t rest easily with beautiful babies in white gowns, proud families, and a nice lunch to celebrate. An oath of obedience, on the pain of death. Christians in other cultures get it. When I was at seminary, I was taught by an Egyptian Coptic priest named Dr Babawi. Babawi’s view of baptism had no room for sentimentality. When he performed a baptism in Egypt it was not simply getting the baby done and having a party. Babawi told us wild stories, unsettling tales of baptisms that were so pregnant with spiritual conflict that the walls of the church would shake. To publicly utter the words “I turn to Christ” at that font in Christian New Jersey is not what you would naturally think of as spiritual warfare. But Babawi saw it differently because for Babawi baptism wasn’t a cute rite of passage, but a declaration of war – at the font a human being was swapping sides, moving in a public spectacle, from evil to light, as our liturgy says, from the works of the devil, to the way of Christ.

An oath of allegiance on the pain of death. A sacramentum. That puts it in perspective. But there’s more – we are not the only ones making an oath. Every time someone is baptized, and every time we take communion, God is making an oath to us. God makes a pledge. He swears to love us, promises to never leave us, commits himself to stick by us for all time. So I have come to see that these two beautiful gifts – font and cup, baptistery and plate, are signs of God’s promise to me and you.

God and us – we make promises. We don’t sign a contract. There are a few things I wish they’d told me before I emigrated to the US. One is that ‘processed cheese food product’ is not cheese, even though it’s in the name and in the cheese aisle. Another is that supporting the Chicago Cubs will break your heart. And a third is – you will have to deal with lawsuits. They are everywhere, and don’t think that being a church means you can avoid them. And the reason lawsuits are in everyone’s future is because we have so many contracts – ones that are written and others that are unwritten but just as binding. Contracts are what you need when there’s no trust between people. They come with lifeless obligations enforceable by the threat of legal action. There’s no grace in a contract, no trust, no love. I used to regard my relationship with God like a contract – one big transaction. But over time I came to realize it is actually a covenant – an exchange of promises that bind us together in loving relationship. How much better is that than a contract? God didn’t wave a legal document at Jesus when he emerged from the Jordan, and he doesn’t wave one at us. This is a covenant of grace, freely entered into. Hear those words again from the Gospel lesson, “You are my Son, whom I love; with you I am well pleased.” Today open the ears of your heart and hear God say the same thing to you, “You, Jane, you Trevor, you Russ, you Maria, you are my child, whom I love; with you I am well pleased.”

As I stand on the banks of American Christianity, and watch the river flow, I think I detect two baptisms, two gospels. The baptism of syrup and the baptism of mud. The gospel of sugar, the gospel of soil. The sanitized gospel, the earthy gospel. The synthetic life in God, the organic life. One promises a life of sweetness and success, of saccharine and sentimentality. It presents no challenges, asks no questions, makes no demands. It stands aloof and stays remote. It surveys the messiness of the world with smugness from a distance. It will not sully itself by sitting with the sinner, welcoming the stranger, or living with the victim. It is happy with the status quo. It doesn’t talk of self-control, or self-denial, or self-crucifixion. It will not rock the boat, or question the system, or challenge the powers. It’s sugary, fizzy, superficial, and many, many followers of Jesus think it’s the Real Thing.

The other gospel promises things of substance. When it sees injustice it rolls up its sleeves. When it encounters wrong it dares to speak. It knows that life in Christ means dying in the water of baptism and rising to a life of servanthood. This Gospel involves risk, loss, and pain. But here’s what people find when they submerge into this Gospel – it doesn’t lose its fizz. It doesn’t quench our thirst for a just few minutes and then leave us yearning for more. It doesn’t become bland at room temperature. It is the true Gospel, and when you imbibe it, you truly will ‘never thirst again’.

When I was in Atlanta, I did see this Gospel – about two miles away from the World of Coca-Cola. It lacks the glitz of Centennial Olympic Park, and it wants for the money of tourists. It preaches in the middle of a neighborhood far removed from the downtown monuments to money and skyscrapers of success. But it proclaims the true gospel in noble tones and clear voice. That Saturday afternoon I sat in a pew at the old Ebenezer Baptist Church, feeling unworthy to even lift my eyes to the pulpit from which Martin Luther King Jr delivered his vision of the Reign of God for the final eight years of his life.

So, I found the Real Thing in Atlanta, just not in the place where Trip Advisor told me it would be. It was proclaimed not through the glitz and the glamor, but the mess and the mud; not enforced by aggressive marketing but enfleshed in the grace of non-violence; not displayed through wealth and worldly power, but demonstrated in a man whose coffin was born through those streets on a battered old cart pulled by two equally disheveled mules.

And so today, may you immerse yourself in the true Gospel, and let the Real Thing wash over you. And as you do so hear the word of the Lord – you are God’s beloved child; God is well pleased with you – now go. Go into the world and prepare to get dirty.