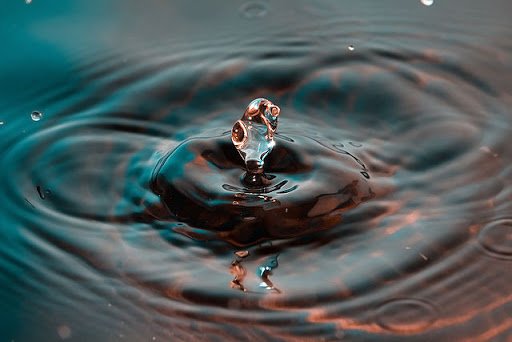 The Stream of the Spirit and the Rock of Racism

I just want to do a quick survey into what you’re drinking for breakfast this morning.  Very unscientific.  If you’re sitting in front of your smart TV or computer supping coffee please raise your hand.  Tea?  Orange juice?

Now the reason this is important is that in today’s Bible readings there are three drinks mentioned.  I admit I’ve cheated a little bit with one, because the drink in question has not actually been consumed.  But people think it has.  It’s Acts chapter 2, the Day of Pentecost, and the drink is wine.  This is the harvest festival, and faithful Jews from all over the region have made a pilgrimage to Jerusalem to thank God for the harvest and to offer produce of the land.  But this year something extraordinary happens.  Something weird beyond understanding.  There’s this strange sound like a great wind blowing through the city, but it’s not the weather.  So you rush out of the place where you’re staying to see what’s happening, and in the square you see a handful of locals – eleven Palestinian Jews preaching in foreign languages.  What’s going on?  How come these Galileans are speaking languages they couldn’t possibly have learned?  And here’s where the wine comes in.  Some of those watching this are a bit cynical.  “They’re drunk”, they say.  “This is not a supernatural phenomenon, it’s just the booze talking.”

So that’s one drink.  Now the other two.  One comes at the end of the epistle lesson, where Paul says, “in the one Spirit we were all baptized into one body and we were all made to drink of one Spirit.”  Drinking the Spirit.  Drinking God.  And then in the Gospel lesson, the third drink, Jesus says, “Let anyone who is thirsty come to me, and let the one who believes in me drink.  Out of the believer’s heart shall flow rivers of living water.”  Drinking living water.  Drinking the Spirit.  God is telling us something in all this.

“Are you thirsty?  Come and drink.”  Not that stuff that doesn’t satisfy.  Drink the living water.  And if you do streams of it will well up inside you and pour from you in great waves of joy and peace.  And those around you will know you’ve been imbibing something strong.  For there is no drink stronger than the living water Jesus offers – it quenches our thirst for life, it satisfies the yearning for enough, it sloshes deep down where material things can’t satisfy.

There are a few experiences in life that you never forget.  Visiting the Grand Canyon is one of them.  I was blessed to do that four years ago, when I drove from my home in Central Pennsylvania to Anaheim, California, to visit my son Alex.  And on the way I made some exciting detours.  Like millions of visitors before me I reached the rim of the Grand Canyon and lost the power to move.  I stood, paralyzed, staring, unable to take my eyes off this indescribable rift in the earth’s surface.  Surely, I thought, a person could die here just from gazing, mesmerized, unaware of the passing of time, until they cease breathing from old age or hunger, and not even feel it.  Every few minutes, I was able to walk some steps along the pathway at the rim, and stop and be transfixed by the same scene but from a slightly different perspective.  I imagined that it would take a lifetime to view the Canyon from every angle.  It seemed like a living creature, twisting in response to the shadows cast by moving clouds.

I popped into one of the information huts at the rim of the Canyon and there I learned how it had been formed.  And I discovered a deep truth about not just this physical world but about God and humanity.  A truth that has caused me to meditate in the last few days, as we’ve journeyed towards the Day of Pentecost 2020.  We thought Covid was suffering enough, but this Pentecost the pain of Minneapolis plunges all sensitive children of God into a new pit of grief.  The death of George Floyd shocks us more than the natural phenomenon of an incurable virus because this suffering is rooted in human choices that oppose God and destroy human life.

Here’s what I learned on the rim of the Grand Canyon.  In time water defeats rock.  It just does.  You may have to wait many years, but water will always defeat rock.  No rock can resist living water for ever.  You see, the Colorado River at the bottom of the Grand Canyon is the same depth and width as it has always been.  But over millions of years it has eroded the rock over which it flows and descended inch by inch, down and down, to its present location, 6,093 feet below where it started.  That’s the power of living water.  Give it enough time, and water will erode miles of rock.

And on this Pentecost 2020, when we’re in such desperate need, God calls us to find hope in the power of water to erode rock.  There are many qualities of living water, and on a different Pentecost we’d want to celebrate those properties – the refreshment of water when we’re hot and tired, the cleansing of water when we are dusty and battered.  The healing of water when we are wounded and broken.  And on another Pentecost we’d relish how God’s Spirit performs all these tasks in us.  But this year, this weekend, we hold out our hands before God for the living water that erodes rock.  That drips and flows and rushes, and in time, smooths the jagged edges, softens the broken shards, cracks the hard exterior of calloused hearts.  We see the pain suffered by communities of color in Minnesota and in all our big cities, and we cry for justice and we cry for peace and calm.  We ask the God of living water to pour out those streams Jesus promises, to erode the rock of racism that was and still is America’s original sin.  By the way, I’m not claiming moral superiority here – before it became an American sin, slavery was a British one.  But in this nation, we’ve had almost 250 years to do something about the unequal treatment of human beings, based on color.  And we still clearly have so far to go.

Today, Pentecost 2020, we need the power of the living water to erode human hardness.  If it took millions of years for the Colorado River to erode its riverbed to the depth of 6,000 feet, how long will it take for God’s living water – the Holy Spirit of Pentecost – to erode the hardness of human hearts?

There was a phrase I heard for the first time last week.  It was uttered by a Minnesota lawyer announcing the charges that had been brought against Mr. Chauvin; and it chilled me.  Depraved Indifference.  It startled me because it sounds so ancient, almost biblical, and I was interested to find out where the phrase originated and how it came to be enshrined in statute law.  But it touched me for another reason.  Just the sheer undeniable, frightening truth of it.  And the more I thought about the phrase and the more I reflected on Western society at this moment in our history, the more convinced I became that I too can be charged to some small degree with possessing ‘depraved indifference’.  OK, maybe you protest at the word ‘depraved’ but will you at least look into your heart and see that, maybe, perhaps, hiding behind a huge heart of love and gratitude, there hides within you a small speck of indifference?  Even though I’ve never committed an act of violence against someone, I am, I know, a product of the same society that produced Mr. Chauvin; and that the reason we live in a land where racism still exists is because I’m often indifferent to the suffering of people who are not like me.

I remembered a song by the folk-rock band The Lumineers, in which they sing, “It’s better to feel pain, than nothing at all.  The opposite of love’s indifference.”  And how right they are.  We tend to think of hate as being the opposite of love, but it’s not; it’s indifference.  The ‘couldn’t be bothered’ attitude that sees human suffering and does nothing about it.  It’s religious leaders hurrying by the victim in the Parable of the Good Samaritan.  Maybe we should rename that story.  How does the Parable of the Indifferent Religious Folks sound?

I can’t wait to go down the shore this summer.  Because I want to hold in my hand proof that the power of living water can erode the hardness.  It’s called it sea glass.  Once, a few years ago, it was a piece of garbage; and a hazardous piece of garbage at that.  It started life, of course, as a piece of glass from a broken bottle.  Sharp, dangerous, able to slice through a child’s foot as she paddles in the shallows, or rupture the throat of a seabird digging for treats.  But see how the gentle, patient power of the living water smooths the sharp edges, sands away the crookedness, massages the brokenness and transforms dangerous trash into a jewel that makes children giggle when they find them on the beach.

Water defeats rock.  Water smooths glass.  The living water of the Holy Spirit drips and rubs at depraved indifference.  Hard hearts can’t resist for too long.  The Spirit will drip and wash and flow and disturb, and the rocky heart will erode.

Hear the Good News of Pentecost.  That day of confusion was a day of healing, the resolution of a deep and festering wound sustained thousands of years earlier.  You maybe remember the story of Babel in the book of Genesis where everyone in the world had the same language, and in their pride they worked together to build a tower that would reach heaven – a monument to human arrogance.  And God intervenes by confusing their speech, so they end up speaking different languages.  And, because they can’t communicate with each other, their blasphemous symbol of human pride, remains incomplete.  And Pentecost heals that confusion and chaos.  Here, when the Spirit comes – the healing living water of the Spirit, people’s languages are changed again – not into the same language, but into a glorious diversity of sound that everyone can understand, no matter where they’re from.  Language used to divide.  Difference used to cause friction.  Now, all languages are brought together into a united song of praise to the God of the all peoples.  There’s still diversity, but there’s also unity of purpose, and union of hearts.  No wonder they call Pentecost the birthday of the Church.  May we open our hearts to the living water.  May we allow God’s Spirit to erode our hardness of heart, smooth the sharp shards, and turn us into ambassadors of unity in diversity and love across boundaries.  What are you drinking?