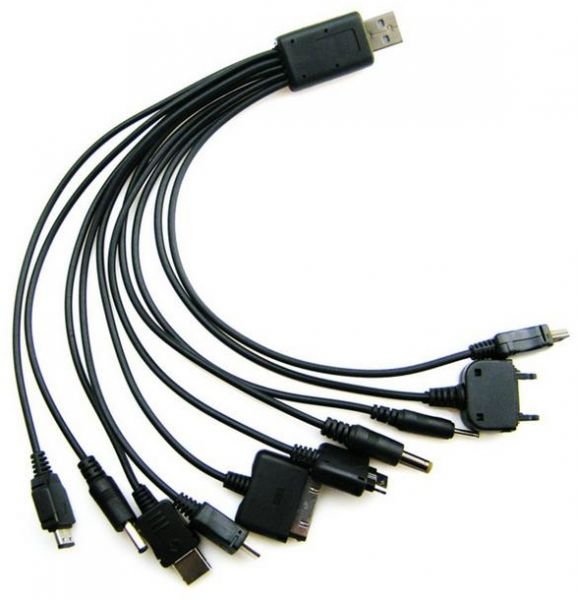 I’m poorly equipped for the 21st century.  I try, but I just don’t have the brain for technology.  Take Alexa, for example.  I was brought up to say please and thank you, and so when I ask Alexa something and she gives me the answer, I often say thank you.  I even apologize for bothering her.  That is if I actually remember to call her Alexa and not Amanda.  I remember my dad sitting shaking his head in disbelief at innovations like video cassette recorders and muttering, “Whatever will they think of next?”  And I’m becoming my dad.

I make life interesting for people who staff the customer support lines of appliance companies.  I provide them witty anecdotes they can tell their friends at the end of the day’s work.  This guy called today about his new TV – it’s not working, he said.  “Is it plugged in?” I asked; he said “sorry” and hung up.  Ten minutes later he called again to say the remote wasn’t working.  I asked if there were batteries in it.  This time he didn’t even apologize, he just hung up, too embarrassed to talk.

Phone chargers.  There’s something else I don’t get, although I do think you will agree with me when I express my utter frustration that all phone chargers are different.  You can’t borrow someone else’s charger unless you have the same identical phone.  We need a universal charger – just one charger that will energize every make of phone.

Apparently, people are also frustrated with the chargers for electric cars.  By the way, have you seen the electric car charging station in Westfield?  I was so impressed I took photos of it.  The problem is that each maker of electric cars places their charging port in a different part of the car from other makers.  So, the port could be at the front in one model, in the middle in another, at the back, on the left, on the right, and this messes up the charging stations.  What they need is someone to invent a way of making the charger reach all possible parts of a car.  We need a universal charger – just one charger that will energize every make of electric car.

We try to live right.  We strive to do good by God and other people.  We grit our teeth and clench our fists and endeavor to love God and our neighbor.  But my energy runs out, my desire ebbs, my determination comes and goes with my moods, my ability to do what I know I should do drains away like the water in a broken pipe.  Drip, drip, drip, until I crash and burn.  Actually, people don’t crash and burn, we slide inch by inch towards burnout, one small, unhealthy decision at a time.  We need a universal charger – just one charger that will energize everyone, no matter their circumstances, characteristics, or funny little ways.

We need a universal charger.

Welcome to the day of Pentecost.  More nationalities than makes of phone; more ethnicities than models of electric car.  “There were devout Jews from every nation under heaven living in Jerusalem… Parthians, Medes, Elamites, and residents of Mesopotamia, Judea and Cappadocia, Pontus and Asia, Phrygia and Pamphylia, Egypt, Libya and Rome, Cretans and Arabs.”

Lots of brands, one charger.  God’s Spirit is for all of us.  The Holy Spirit is for you.  The Spirit is for you, but what is the Holy Spirit for?  Well, with all the supernatural and amazing events on the Day of Pentecost you might think the Spirit is here to do spectacular works of power for you.  You know, produce showy miracles that are so extraordinary that no one could deny that God is in your life – just like that weird wind and that wild speaking in unlearned languages in the Acts reading.  The Spirit is in your life, you might believe, to do equally astonishing things for you, displaying power and force, creating perfect conditions.

Well, I don’t want to pour cold water on the supernatural phenomena of Pentecost.  Luke, the writer, is trying to give an accurate description of what happened that day, and it’s not for me to say he got it wrong or that what he described was no big deal.  It was a huge deal – tongues of fire, weird winds, unlearned languages.  That’s a huge deal.  But without the willingness of the disciples, especially Peter, to use these events to talk about their faith, the miraculous would have been empty signs, like a secret code that baffles everyone.  The bigger deal is the courage and passion of Peter to talk openly about Christ.

It’s tempting to think that the life of God is all about the big show, the flashy signs, the stunning miracle.  When I believe that I usually then look at my own life and see a total absence of fireworks and conclude that God can’t use me, that my work for God is puny, that I should fake being like those others, and deny what God has made me to be.

So, on this day of miracles, and it is a day of miracles, this day of a supernatural God coming to the church and filling us, let’s not to leave the place of worship this morning with the false idea that to receive the Holy Spirit and to live with that presence, we need to manifest flashy.

There are tongues of fire, but for us the bigger miracle is enduring suffering and not becoming bitter;

There are strange winds that blow through buildings, but for us bigger miracle is being the target of unjust attacks and not responding with violence or spite;

There are speaking in unlearned languages, but the bigger miracle is waking up to another day of pain, or conflict, or despair but choosing to get out of bed anyway, with the courage to persevere and the glimmer of hope that God is with you despite all appearances.

Two weeks ago, I was meditating on a passage of scripture that I’d read many times, and indeed preached on more than once.  It is in the book of Acts.  We read it every three years, and this year isn’t one of them.  You’ll have to wait 12 months for a full-blooded sermon on it.  It’s the story of our man, St Paul, and his friend Barnabas.  And they are in prison for preaching the Good News of Christ.  And at midnight there’s an earthquake and all the prison doors are flung open.  And the jailer, who knows how the bloodthirsty Romans will react when they see a jail with no prisoners, takes the decision to die in his own way, by his own hand, rather than wait for Rome to do it.  So, assuming that the inmates have walked to freedom he draws his sword and is about to run himself through with it.  But they haven’t.  Paul and Barnabas are still there, in their cell with the door wide open.  And Paul shouts, “Don’t do it.  Don’t hurt yourself.  We’re still here.”  And the story ends with the jailer turning to Christ and, along with his family, being baptized.  And until I meditated on this story the week before last, I had always thought it was the earthquake and the prison doors flying open that had converted the jailer.  This dynamic display of power by God, proving beyond doubt that God is real, and the Gospel of Jesus is true.  But as I meditated on the story, I saw that this isn’t really the case.  The jailer’s response to the supernatural events was not to repent and believe in Christ – it was to kill himself.  What brought him to faith, what convinced him of the reality of God, what won him over to the baptismal faith was the fact that Paul and Barnabas were still sitting there when they had the chance to escape.  Sometimes the bigger miracle is not the showy display of supernatural power, but the character of Christians.  It is our lives that convert people.  As the Holy Spirit gets to work silently, invisibly in our lives the results shine out and then people see, and they become more open to God.

The bigger miracle is not the earthquake and prison doors flying open, but lives that are content despite whatever comes their way.

The bigger miracle is not shattering the shackles, but lives that are oriented to love and service.

The bigger miracle is not God torpedoing our troubles and challenges out of the water, but God giving us the hope, the patience, the courage to keep going.

The miracle for us this day, this week, is probably not to receive supernatural healing for our ailments or spectacular deliverance from the things that are troubling us.  The real miracle is finding God in those tests and experiencing God’s loving presence as we pass through them.

When you put it that way, why would you want to pretend to be victorious over your challenges and claim to be someone else?

One of the great Christian storytellers of modern times was a Jesuit priest from India named Anthony de Mello.  He once told a parable about a woman in a coma, slowly dying.  As the patient lay on her sickbed, she had a sudden feeling that she had been taken up to heaven, and was standing before the God.

She could see nothing; only clouds of dark smoke. But then, out of the mist, came a voice: “Who are you?”

Not knowing what else to say, she turned to the answer she had used most often in life.  “I’m the wife of the mayor,” she replied.

“I did not ask you whose wife you are, but who you are.”

“I’m the mother of four children,” she continued.

Again came the answer: “I did not ask whose mother you are, but who you are.”

“I did not ask you your profession, but who you are.”

And on it went. The same question repeated, over and over — but no matter what the woman replied, her answer was unacceptable.

Finally, she thought to try another answer: “I’m a Christian,” she said.

But that, too, was unacceptable: “I did not ask what your religion is, but who you are.”

“I’m the one who went to church every week, and always helped the poor and needy.”

“I did not ask you what you did, but who you are.”

Well, the woman eventually ran out of answers and was sent back to earth by God, with the task of finding out who she was.  And what she was, of course, what you are and what I am, when all is stripped away is a child of God.  That’s all.  But that is more than enough.  This day, this life, we have a universal source of energy – but it’s not to turn us into other people.  It is to turn us into who we are made to be – more and more into the likeness of Christ but more and more you and me.  Let us tap into that source of power.  Come Holy Spirit.