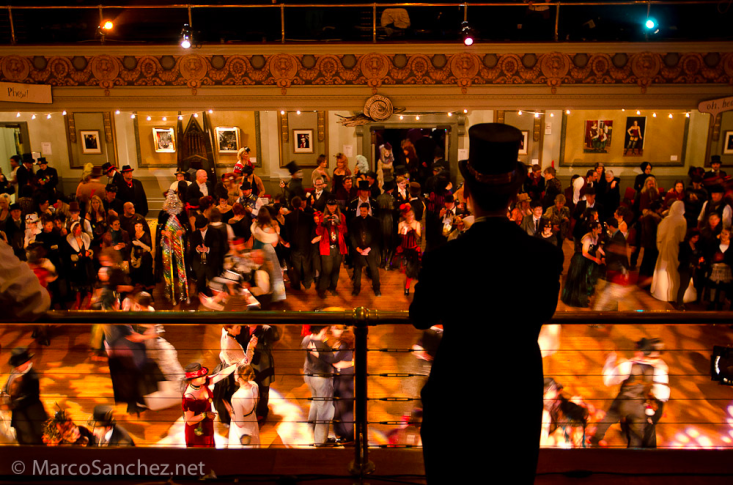 The view from the balcony

Sometimes great good comes from mistakes.  And this editorial error was about to change the course of history.

This Merchant of Death, whose demise had people dancing in the streets of Europe was Alfred Nobel.  We know him as the man whose name adorns the prizes given out in Scandinavia every year for accomplishments in Science, Literature and, most prestigious of all, Peace.

In his day, Nobel was one of the world’s most influential scientists, and became the richest.  In 1867 he found a way to harness the energy of nitro-glycerine and turn it into something really useful.  This invention was dynamite.  No, it really was, and it blew open new opportunities in construction and mining.  Orders poured in from Europe and North America.  But human nature being what it is, it was not only peaceful customers who were in the market.  The governments of the world relished this new and devastating addition to their arsenals.  Nobel became rich, famous, and successful. And, by all accounts, he respected neither God nor humanity.

And then, that spring morning dawned that led Nobel to splutter into his latte and choke on his croissant.  His obituary included the damning judgment that he had “become rich by finding ways to kill more people faster than ever before”.  Is this really how he was going to be remembered?  Was the sum of his 51 years on earth this devastating epitaph?

Something needed to be done – and not just a PR makeover, but a deep change in his life.  How could he salvage his reputation and use his vast fortune to make the world a better place?  Well, Nobel, who was single and had no children, drew up a will, leaving his wealth in trust to a committee, which each year would select people who had made positive contributions to humankind, and reward them with sizeable gifts.  So, in 1901, five years after his death – his real death – the first Nobel Prizes were awarded.

Most of us are not as fortunate as Alfred Nobel.  We don’t usually get a glimpse of how the world will judge us when we’re dead and still have a chance to do something about it.  Seth didn’t.  Seth is the star of the parable Jesus told in today’s Gospel lesson.  Jesus didn’t give him a name, but I’m calling him Seth, because for 2,000 years he’s simply been known as the Rich Fool, and no one should be defined just by their wealth or by their foolish attitude towards it.

Unlike Nobel, Seth did die in his pride and greed.  He was smart.  He was accomplished.  He was ambitious, hard-working, far-sighted, prudent.  But he was farming on death row.  His life was demanded of him that very night.

Now, if the Parable of Farmer Seth makes you feel uncomfortable, then get in line.  Frankly, if this story does not trouble you then you probably don’t get it.  I get it, and I’m troubled.  In the deep recesses of my mind I am stalked by the frightening prospect that I might be the Rich Fool.

However, if the Parable of Farmer Seth makes you feel guilty for having money, if it causes you anxiety because you are talented, hard-working, and have accomplished things in your career, then you maybe don’t get it.  There’s a crucial detail in Seth’s story that we can overlook.  It’s the difference between his actions and his attitude.  He is called the Rich Fool not because of what he does – working hard, investing, being entrepreneurial, but because of what he says to himself.  His foolishness does not lie in building up his business, as if creating wealth were a sin.  No, the secret of Seth’s folly is his self-talk.  “I will pull down my barns and build larger ones, and there I will store all my grain and my goods.  And I will say to myself, ‘Seth, you have ample goods laid up for many years; relax, eat, drink, be merry.”  Wait.  Do you see what just happened?   He goes from making a reasonable business decision to build bigger barns, to being lord of the universe.  Instead of merely working hard and making the best of what God has given him, he’s decided that 1.  He’s going to live for many more years, and 2. his harvests will continue to be good.  He’s not content with just being a successful businessman.  Now he’s god – he decides the length of his days; he is in charge of when he dies; he even has power over the weather.  He thinks he has become untouchable, that his business acumen has made him immortal, that his success has so insulated from events outside his control that he will just go on forever being King Midas.

If only Seth had had a Bible – one with Paul’s letters in it.  He’d have read this from today’s epistle: “Since, then, you have been raised with Christ, set your hearts on things above, where Christ is, seated at the right hand of God.  Set your minds on things above, not on earthly things.”

Paul, our patron, beckons us into another universe.  Actually he doesn’t beckon us into it, so much as tell us we’re already there.  We live in two different dimensions.  The rules of this earthly universe don’t apply in the other.  It’s heavenly.  This is a realm where we have mysteriously died and been raised, with Jesus.  We are seated above this universe, in this other dimension, and can look down on it.

Life in this world, in Seth’s world, in your world and mine is chaotic.  It’s harsh, demanding, it’ll drive you crazy, it’ll destroy your perspective.  It is life on the dancefloor, and it is exhausting.  You spin and stride and whirl; you waltz, you rock, you tango.  You tire.  Your feet ache.  You long to sit.  But you can’t step off the floor because there is always one more dance, once more shimmy across the floor, one more light fantastic to trip.  So you focus.  My, do you focus.  You need to – it is bewildering on the dance floor.  It’s all people, and music, and limbs, and unpredictability.  If you don’t concentrate you will step on someone’s toes.  You lose yourself in the dance.  It’s all you can see, all you can feel, hear and think about.  Hear the word of the Lord, “Get off the dance floor, walk to the foot of the stairs, climb them, stand on the balcony, and survey the scene.  Look down and observe the dance.  You’ll understand it better.  You’ll notice patterns you could not when you were caught up in the intensity on the floor.  And then, when you’ve studied, learned, and reflected, you can return to the floor and dance – this time with perspective.

We’ve all the heard the phrase, “they are so heavenly minded they are no earthly use.”  It’s kind of clever, and it’s not a compliment.  And we know what it means when we hear it.  Someone is so aloof, so removed from the reality of suffering, so shocked by the existence of evil, so out of touch with what normal people think and do and feel, that they spend all their lives in blissful isolation, insulated from the experience of regular people, and doing nothing to help.  If they do poke their head out of their ivory towers it is only to judge people.

That is getting on the balcony, that is seeing the world through the eyes of God, that is being heavenly minded and it is of every earthly use.

From Seth the rich fool, to a poor wise man – Thomas Merton.  Once when he was visiting downtown Louisville he wrote, “At the corner of Fourth and Walnut, in the center of the shopping district, I was suddenly overwhelmed with the realization that I loved all these people, that they were mine and I theirs, that we could not be alien to one another even though we were total strangers. It was like waking from a dream of separateness.   I suddenly saw the secret beauty of their hearts, the person that each one is in God’s eyes.  If only they could see themselves as they really are.  If only we could see each other that way all the time.  There would be no more war, no more hatred, no more cruelty, no more greed.  I have the immense joy of being a member of a race in which God Himself became incarnate.”