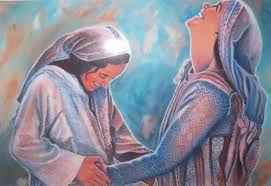 There’s Something Mysterious Going On

Barbara Herbert and Daphne Goodship have a story that will shock you, but make you smile. According to Psychology Today, Barbara and Daphne are identical twins who were separated at birth. They were adopted as babies by different families after the death of their birth parents, and after that they had no contact with each other. And yet, both grew up in towns outside London, both left school at 14, both fell down the stairs at 15 and permanently damaged their ankles, both went to work in local government, both met their future husbands at the age of 16 at Town Hall dances, both gave birth to two boys and a girl; both tinted their hair auburn when young, both were squeamish about blood and heights, and drank their coffee cold. Each had a habit of pushing up her nose with the palm of her hand, a practice both called “squidging”. And when they met for the first time since their birth, both were wearing cream-colored dresses and brown velvet jackets.

Well, if Barbara and Daphne don’t impress you, Andrew and Anthony Hill surely must. They are identical twins who, unlike Barbara and Daphne, have lived together all their lives. Their incredible story is told by Anthony, “I worked as a lifeguard in high school. Andrew worked at a pizza place. It was pretty common for me to come in at the end of the day and go to bed, but my brother would have to work until midnight or so. One night, he ended the evening by cutting a finger on his left hand. He’s left-handed; I’m right-handed. We are mirror twins. Anyway, he came in and went to bed. The next morning, I woke up and my right hand was split in the same spot where his finger had been cut.”

Woah. There’s something mysterious going on.

This makes me wonder whether there is some unexplainable, weird connection between twins that science can’t explain. There’s something mysterious going on. There are no twins in today’s Gospel reading, but there are four people and there’s something equally mysterious going on between them. They are Elizabeth – an elderly woman, and yet miraculously pregnant; Mary – a young woman who has never been with a man, and yet also miraculously pregnant; and there’s their miracles babies – John the Baptist and Jesus, still in utero, but created by God and set apart for unique and world-changing tasks. And there’s a connection between the unborn John and Jesus. In fact, so real is this connection that when Elizabeth lays eyes on Mary, John leaps inside her. And then Elizabeth, prompted by John kicking her on the inside, gushes, “Blessed are you among women, and blessed is the fruit of your womb. Blessed is she who believed that God’s word would be fulfilled!” There’s something mysterious going on. Jesus has not even been born yet, but already he is touching people’s lives. He has not yet drawn breath and he is causing smiles to break out and inspiring unborn babies to dance.

Yes, there’s something mysterious going on.

Mary responds to Elizabeth by singing what we call the Magnificat. It is the song of a young, poor, woman. I’m stating the obvious, you may think, but those three qualities of Mary are important. This is a song of someone who is deeply aware of her humble place in society. She is overwhelmed by the knowledge that God has chosen her – a young… poor… woman… for the most important task ever given to a human being, at that time. She was completely powerless. As a young person she had no rights. Until a girl was married, she was the property of her father. And when she became married a woman would continue to be someone else’s property – this time her husband’s.

There’s something mysterious going on – a great reversal. An upside kingdom. This Great Reversal is all over the New Testament. And it serves two purposes. It stops us getting proud. Those of us who have resources – money, property, power, authority, education, influence, relationships, talents – those of us who have resources: The Great Reversal invites us gently but firmly to consider the sobering truth that but for an accident of birth we’d be in very different circumstances than the ones we currently enjoy. Sure, I work hard, but not as hard as the person who works two low-wage jobs just to pay the rent. The Great Reversal helps us to see ourselves in perspective and our lives in context – the context of God’s reign.

There’s something mysterious going on.

As most of you know I am from the Reformed end of the Anglican spectrum, rather than the Catholic end. But I say to myself and to my low-church stable mates: don’t downplay the importance of Mary. Just because some Christians may have gone too far in venerating her doesn’t mean we can ignore her. If Scripture says all generations shall call her blessed, then we Protestants had better call her blessed. You see, there’s something mysterious going on, something that is bigger than our church dogmas.

Mary has gone through an amazing change in the last few days. There’s something mysterious going on. When the Angel Gabriel visited her and told he she as going to give birth to the Messiah, she was overwhelmed. All she could say was ‘Yes. Let it be so.’ Now though, she’s had some time to reflect and her overwhelm has been replaced by fizzy wonder. She ‘went with haste’ to visit Elizabeth. You can imagine her so full of excitement at her pregnancy that she half-runs, half-skips into the hill country – she can’t wait to tell Elizabeth her news. And she sings her song. And what a song. The Magnificat has always been one of the most loved hymns of the church. It is full of beauty, packed with inspiring words and laced with lavish pictures. It is a provocative summary of God’s kingdom – the one that will be ushered in by the child now growing within her, a kingdom built by thirty years of compassionate service and cemented by a violent death and resurrection. Mary is so excited by her news, so exhilarated by the future, that her song is a glorious stew of images. She’s gushing. She is so overcome by her joy that she confuses her tenses; she is so confident in God’s promise that she sings about what is happening to her now, what God has done in the past, and finally she looks to the future but talks about it in the past tense. You know someone is confident when they talk about future events as if they were in the past. ‘Who do you think will win the big game? Oh, we’ve already won it.’

“He has scattered the proud in the thoughts of their hearts. He has brought down the powerful from their thrones, and lifted up the lowly; he has filled the hungry with good things, and sent the rich away empty. He has helped his servant Israel, in remembrance of his mercy, according to the promise he made to our ancestors, to Abraham and to his descendants forever.” A picture of God’s coming kingdom – in the past tense. There’s something mysterious going on.

When her child grows into adulthood, he will scatter the proud and the self-righteous by exposing their hypocrisy and narcissism. He will challenge kings like Herod and Caesar, by demonstrating the power of love and non-violence. He will advocate for justice, mercy and peace, by sitting with the poor, eating with the hungry, sharing stories with sinners and outcasts. There’s something mysterious going on.

The word ‘Magnificat’ comes from the opening sentence of the hymn – My soul magnifies the Lord. That’s weird. Magnify the Lord. Magnify means to make something bigger than it actually is. How can you make God bigger than he is? As a kid I loved magnifying glasses. I’d explore the garden examining things, studying the details, enlarging tiny objects – making bugs look like busses and twigs resemble trees. I started collecting stamps and then my magnifying glass revealed fascinating secrets hidden to the naked eye. The slightest error in the printing of a stamp could make it worth more money than I could imagine as a child, so I peered through my magnifying glass and studied the ink lines to see if I held a fortune in my tweezers. And at school, I learned that using a magnifying glass on a sunny day could set light to paper. In the playground I also discovered that it could burn the hand of your brother if you snuck up behind him when he wasn’t looking and kept very still. The moment when he yelled, ‘Aagh’ and looked at his hand was even more enjoyable than stamp collecting.

Magnifying God? There’s something mysterious going on. You can’t make the creator of the universe bigger – not in a literal sense. But I can make God bigger in my life. I can hold up my magnifying glass and make God bigger in my thinking, my words, my interactions. I can magnify God’s reputation and fame. We can hold up our magnifying glasses in our worship – drawing us to focus more intensely on God and allowing the warmth of God’s love to be intensified back to us like the rays of the sun – not to burn your siblings’ hands, but to warm their hearts. When I’m stressed, flustered, struggling with conflicts and challenges, I often do the opposite of magnifying God. I turn the binoculars round (yes, I have just changed the metaphor from a magnifying glass to a pair of binoculars. It’s my sermon and I can do that.) I turn the binoculars round so that instead of making God bigger in my vision God becomes small – powerless, distant.

There’s something mysterious going on. Like Mary in her hymn, I’m able to look back at times when God has answered prayers, rescued me from troubles, healed me of an anxious heart or a confused mind. I can. I do have a story of God – a long tale, and epic, actually, of how God has cleaned up my messes, protected me from harm. And yet, how quickly can my eyes be distracted from the record of God’s goodness and fixed on the fear of circumstances I can’t control. Then my Advent hope is strangled. My faith that God has a future for me is choked. That’s where the turning around of the binoculars happens – when God seems distant and small.

Yes, there’s something mysterious going on. Stranger than the weirdest connection between twins. It’s the leaping of an unborn child, it’s the levelling of social status, the elevation of goodness. May the God of mysterious goings on, grant us what we need to magnify God and spot Christ where we go this week.