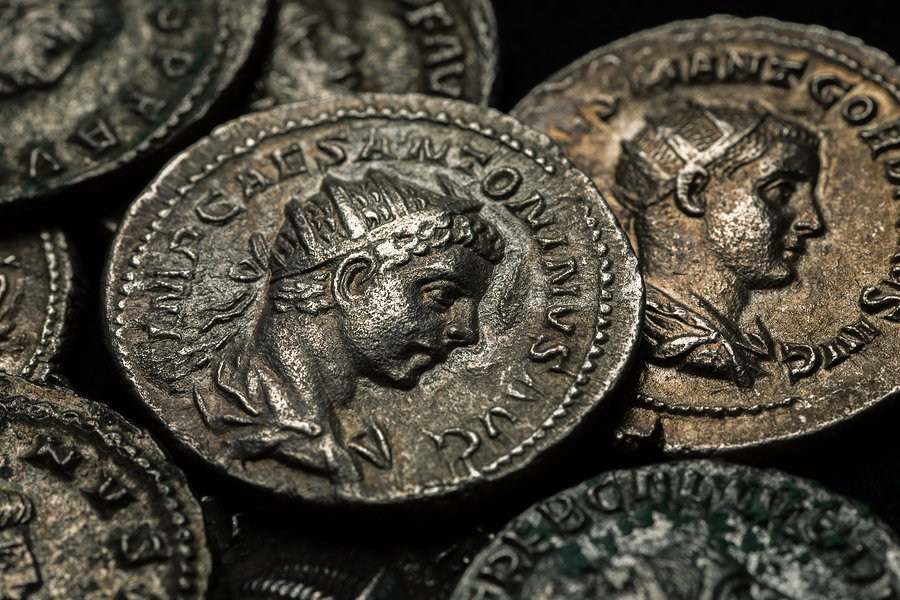 These are not Your Pigs

We should not be ashamed of our mistakes.  There’s some good advice.  Why not?  Because sometimes mistakes have wonderful outcomes.  Richard Jones knows.  He was a naval engineer who tried to invent a gauge to monitor power on naval battleships and failed, and instead ended up unintentionally inventing the Slinky.  And where would the world be without the Slinky.  Then there’s Patsy Sherman, a chemist for 3M.  She set out to develop a rubber material that would withstand exposure to jet fuel.  But after accidentally dropping the substance on her shoe and noticing over the next few weeks that while the rest of her shoe became dirty and stained, that one spot remained bright and clean, she realized she had accidentally invented Scotchguard.  And what about Alexander Fleming, a scientist who devoted his life to creating a “wonder drug” that could cure many diseases.  Then one day, frustrated that mould had ruined yet another experiment and throwing the petri dish of bacteria into the garbage, it dawned on him he had, completely by mistake, discovered penicillin.  Thanks Sir Alexander.  Some of us would not be here were it not for your scientific failures.  You see there may even be a knighthood in it for people who make mistakes.

And finally, there are the unknown workers at the Denver Mint – a place where they make coins.  in 2004 they minted and put into circulation, the Wisconsin quarter.  A batch of them, however, contained an error.  If you’ve never seen a Wisconsin quarter let me tell you that it depicts a piece of cheese and a cow (like, you didn’t see that coming), and also an ear of corn bursting from a husk.  But on this particular batch of coins there is a little mark on one side of the corn that appears to be an extra leaf on the husk.  Hardly a mistake worthy of starting this sermon with, you might think, except that that if you own one of these Wisconsin quarters, your fortune is more than 25 cents.  I made a quick search on Ebay yesterday and found one selling for over $1,500.  I know what you’re going to do as soon as you get outside.  If you really can’t control yourself until then we can have a ten second break while everyone empties their pockets and roots through their bags to see in the have a WI quarter featuring the error.

Money talks.  In fact, according to Bob Dylan, it swears.  It tells stories.  Sometimes those tales are true, often they’re lies.  Money might say less about you than American Express can, but it still proclaims your values, it howls your priorities, it exposes your soul.  Money is the bullhorn that bellows your true ideals at the street corner of your life.  For the Pharisees, a coin was the spokesperson for their jealousy, a mouthpiece for malice.  It was also a rat trap.

“Hey, Jesus.  Should people pay taxes to the Romans or not?”  As a gotcha question this was up there with asking a presidential candidate to name the Prime Minister of Luxembourg.  Nothing Jesus could say in reply would save him from humiliation at best or treason at worst.  You see, this despised, murderous tax, paid the salary of the Roman soldier who stood on the street sneering at citizens, reminding them of their national shame.  Yes, money talks and this tax coin cursed and mocked and ridiculed.  What’s more, it was a flat tax – the sum levied was exactly the same for everyone, regardless of their wealth.  Money talks and this tax coin poked fun at the poor and flattered the rich.  But there was worse than even that.  It bore the image of the Emperor Tiberius with the inscription “Tiberius Caesar, son of the divine Augustus”.  If you were a devout person, trying to honor the Second Commandment – the one forbidding graven images, then this coin was etched with blasphemy.  Money talks and this tax coin belittled God’s people, insulted God, desecrated the holy name.  Money talks, and this tax coin spoke death.  So, back to that nasty little gotcha question.  If Jesus answers, “Yes, people should pay the Roman tax” the crowd will be livid.  Maybe violently so.  He may not even get out of there alive.  The other answer is even worse.  To say ‘no, people shouldn’t pay the tax’, was treason, insurrection, and a brutal execution.  Good luck tossing that coin, Jesus.  Heads you lose, tails you lose.  By the way, the Prime Minister of Luxembourg is Xavier Bettel, but you knew that.

Caesar, for the Pharisees, was a real man, Tiberius, a fool, a blasphemer, a human soul disfigured by self-worship, deformed by his lust for wealth and power.  But for Jesus, Caesar was bigger than one man at the head of a brutal regime.  Caesar was a symbol for all human authority, an alias for the systems, the structures, the matrix of human power.  You know Caesar, you rub shoulders with Caesar, you look Caesar in the face every day.  His coin is domination, his currency is control.  Whenever a person is used up and spat out for profit you see Caesar’s handiwork.  Whenever human dignity is crushed by slavery, trafficking, or exploitation you hear Caesar’s goosestep.  Whenever a child is abused, a woman overpowered, a man disposed of, a family starved, an innocent imprisoned, a community destroyed, a village flattened – Caesar’s image is emblazoned across the carnage.  He signs his name with human tears.  Biblical interpreters say that Jesus is referring to government when he talks of Caesar, and I think government is a part of it, but so is every system, enterprise, industry, or project that dehumanizes, destroys or devastates God’s pinnacle of creation, the apex of his imagination, the peak of his grand and glorious design – human beings.  You and me, and every man, woman, and child however touched by disability, however disfigured by sin, however much their own actions or the actions of agents outside their control have tried to eradicate their dignity – human beings, made with God’s image stamped all the way through.

You see, we are God’s coins.  Just as that coin in the hand of Jesus bore the image of the Tiberius, so we bear the likeness of our maker.   And if you look hard enough, really look, deeply look, look with the part of you that sees invisible things, you will see God’s image stamped on every person you meet.

We share God’s creativity; we have his eye for beauty, his sense of right and wrong, his dignity, his ability to give life, to bless, to change our environments, to bring order out of chaos.  Let the world see God’s image on you.  Like God’s, our hearts can burst with compassion and overflow into the lives of those around us.  We can love like him, forgive like him, lavish gifts like him, and one thing more – we can sacrifice like him, even the ultimate sacrifice of our lives, just like him.  This is the glory of being human, of being made in the image of our creator, and it swells our hearts.  It compels us to worship and inspires us to live as God’s currency – bearing his image and showing it extravagantly and indiscriminately.  We are the coins that bear the likeness of God.  But coins that sit in the darkness of a pocket are useless.  It’s only when they escape the gloomy prison of frugality that they are useful.  Unless we, God’s coins, are in circulation then we deprive Westfield and Union County and all the places where we travel, of a vision of God.  We are the bearers of his image.  Dare we put ourselves in circulation?

And so that challenge to give to God what has God’s image on it – then that means we give to God ourselves.  We give him all we are and all we have.  And when we give ourselves we give the only legal currency in the kingdom of heaven.

Now by some glorious coincidence today is the start of this year’s stewardship campaign. Because that idea of God stamping his image on us, and then us offering back to him what is rightfully his is the whole message of stewardship.  The word “stewardship” comes from two Old English words, “sty” and “ward”.  And together they meant “keeper of the pigs.” A styward, a steward, is a keeper of someone else’s pigs.  In time it came to refer to anyone who had responsibility for managing another’s person’s belongings. So, take a look around you – at the people, the objects, the stuff.  Go home and look in the house, read your bank statement, behold the car you drove to get here.  These are not your pigs.  These pigs belong to another owner.

The biblical idea of stewardship is much bigger than just money. It involves how we use God’s creation, the talents he has lent us, the time he has allocated, all we have.  To think of all this money and stuff as being ours would be a serious mint error – much worse than an extra leaf on the WI quarter.

One Sunday at church, a very wealthy man rose to give his testimony.  “I’m a millionaire,” he said, “and I attribute it all to the rich blessings of God in my life.  I can still remember the turning point in my faith, like it was yesterday: I had just earned my first dollar and I went to church that night. The speaker was a missionary who told about his work. I knew that I only had a dollar bill and had to either give it all to God’s work or nothing at all. So, at that moment I decided to give the whole dollar – all my money – to God. I believe that God blessed that decision, and that is why I am a rich man today.”

It was clear that everyone was moved by this man’s story. But, as he took his seat, an elderly woman sitting in the same pew leaned over and said: “Wonderful story! I dare you to do it again!”