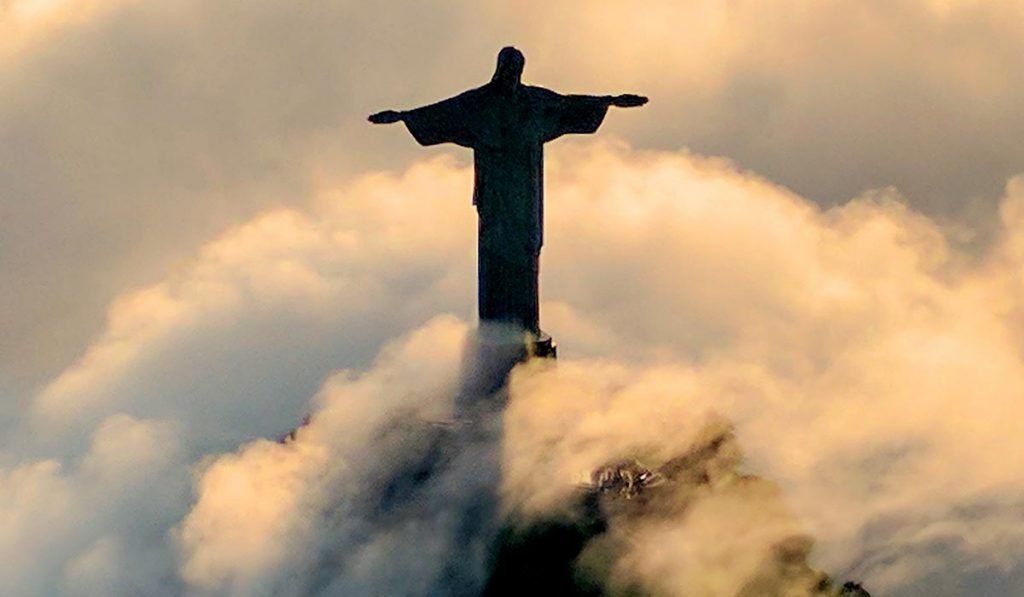 Six years ago a 23-year-old woman from Windsor in England had a life-changing  encounter with fame and fortune.  She didn’t do anything to deserve this.  She didn’t spend years studying or learning new skills to earn her new-found riches.  She didn’t win the lottery, inherit it from wealthy parents, or make off with it in a bank heist.  No, Gabriella Douglas now earns about a thousand pounds a day by simply showing up at places, smiling, shaking hands, and chatting mindlessly about the weather.  You see, Gabriella Douglas was born with a remarkable quality that none of us has, and it has led to her very well-paid but rather shallow career.  She is a dead-ringer for Kate Middleton – The Duchess of Cambridge, the future Queen of England.  Along with a man called Simon Atkinson (a doppelganger of Prince William) Ms. Douglas is enjoying the fact that British culture has nothing better to do than pay people a fortune for just looking like someone else.  So, imagine you’re sitting on the bus in London, and you look up, and you see a couple that look exactly like William and Kate sitting opposite you.  If you’re smart you probably think this is Gabriella Douglas and Simon Atkinson pulling a prank and being paid by a tabloid newspaper.  But, if this day happened to be November 7th, 2013 you would be wrong.  This was not Douglas and Atkinson, but the real Duke and Duchess of Cambridge – riding a London bus, just like normal people.  They were doing it to benefit veterans through the Royal British Legion.  The future king and queen show up where you don’t expect them.

Sometimes a king will do that – just for fun, or to raise money for charity.  Or to try to get into the minds and the shoes of their subjects, to understand their lives, to experience something of their daily grind, their joys, their challenges, their suffering, it that were possible.  If you are watching Season Three of the Netflix show The Crown, then you know what I’m talking about.  Episode Three reenacts an event from 1966 that traumatized the UK, and which still haunts the nation’s collective memory.  The mere mention of the name makes my heart miss a beat.  A school in a small coalmining town in South Wales, named Aberfan, is buried under a landslide of slurry, killing 118 children and 26 adults.  This is brilliant but painful television.  We feel the terror of the parents, the anger of the village, the grief of the nation, and one other thing – the agonizing struggle of a sovereign who has been trained from birth to not display emotion and who is completely out of her depth when she visits the families of the victims and feebly attempts to make a connection with the common man or woman.  Sometimes queens and kings fail in their duty to their subjects.

Sometimes they excel.  Sometimes royalty shows up where you don’t expect it.  Disguised as regular people, casting aside their regal status for a while.  They’re found in normal houses, doing normal jobs, experiencing normal life.  Once it was even possible to find a king on a cross.

It is the Feast of Christ the King, but the Gospel lesson is straight out of Good Friday.  This King, the High King of heaven, really was in disguise – a disguise so cunning that at the time of his death, only a handful of people saw beneath the veneer to his true, magnificent, regal identity.  A king on a cross.  Sure, Pilate posted ‘The King of the Jews’ above the head of the crucified Jesus, but I suspect this was the sarcasm of a sick and twisted mind.  And it was irony of equal cruelty that led the soldiers to hold a fake act of reverence at the foot of the cross, bowing and scraping.

No adoration but mockery.

No crown of gold but a crown of thorns.

No staff of power but a whip for his back.

No wine in a goblet but vinegar in a sponge.

The Hebrew Scriptures had led God’s People to expect certain things of their Messiah.  The King’s job description had three parts to it: military, judicial, and religious.  And in each of these ways Jesus spectacularly failed to live up to the job description.  If we had to give him an annual review of his work performance we would nail him.  But then, we did anyway.  Once, a man asked him to judge a dispute he had with his brother, and Jesus flatly refused to get involved, “Who made me the judge between you?” he asked.  So he failed in the judicial aspect of the job.  He had no army; he didn’t conscript his followers to military service.  When one of them does draw a sword and cuts off the ear of the High Priest’s servant during Jesus’ arrest, Jesus rebukes him and submissively goes with the arresting officers.  So, he failed in the military role of the King.  And, at the religious side of the job, he fails even more stunningly.  Instead of supporting the priests and the honoring the institutional religion, he attacks the pious structures and damns the leaders of the Faith for their hypocrisy and self-righteousness.

Why the disguise?  Why not come to the world he loves in a big show of power and glory?  Why not show them who really is boss and leave no room for doubt?  Sometimes I wish he had.  I wish he still would.  “Come, Lord Jesus and blast my enemies out of the sky, torpedo my problems, destroy everything that stops me living a full and contented life.  Sidewinder my suffering.  Then, do something so huge, so  utterly convincing that not even the most devout of Atheists can deny that you are real and that you matter.  Rip off your disguise, Jesus, and show the world who you are.”

Once upon a time, there lived a king who had power over all nations and peoples.  His courts were of the richest splendor; his tables were heavy with the finest food.  Music and laughter floated from his castle and the lights were always on.  Clouds usually wrapped it in ethereal majesty, but occasionally the clouds parted and gave the king’s subjects a fleeting glimpse of its magnificence.  Down in the valley townsfolk would stop their work and look up at the castle, gasp and wonder.  They wished they might know the king who lived there in glorious isolation. But none dared go there.

One cold winter, the king’s tailor entered the royal chambers with the latest sketches for the king’s wardrobe. The tailor was proud of his accomplishments. He had selected the finest materials and woven them into the most beautiful garments that eyes had ever seen. They glistened like gold.

But the king was not pleased. He ordered the tailor out, vowing to make his own clothes.  The king locked himself in the throne room. Days passed with no sign of him.  Courtiers grew anxious.  Was his majesty sick, had the stress of ruling the kingdom become too much?  And then from inside the throne room came familiar sounds – the clacking of the loom, and the spinning of the wheel.  The court waited, suspense building, to see what the king would make for himself.  Whatever it was they were sure to be blinded by the glory of it.  Finally the day arrived. The doors of the throne room swung open and out stepped the king.

Everyone gasped.  But these gasps did not stem from being overwhelmed by the glory, but shocked by the poverty.  His Majesty was dressed in the shabbiest, most wretched garments imaginable.  He had the choice of the world’s finest material, but he chose to craft the clothes of a beggar.  The stunned courtiers stepped aside as the king purposefully strode through the middle of them.  “I am going to the valley,” he said.  (Credit: Michael Davies)

Why the disguise?  Why did the King of All There Is come to his world like a pauper?  Love.  Why does he still walk the streets of Union County unrecognized?  Love.  Why does he move delicately, invisibly, but oh so beautifully in your life?  Love.  The kingdom of God is not a matter of power and show, it’s about love – for his creation, its people, and you.  For those you love, for those in need, for those in pain, yes he even walked the streets of Aberfan 53 years ago, the fields of the Somme a century ago, and through the rooms and corridors of every aching heart in this day.  It was for love he came; it was to die he came.

This week keep your eyes peeled for the Christ who is walking with you, who is already there in the place where you’re going, who will sit with you in suffering and laugh with you in the pleasure – the Christ who does not lord it over his creation, or force his will on his subjects, but who submits to the will of an angry mob and a brutal regime, who responds to the insults and to his own murder with forgiveness, and even in his final agonizing moments thinks of others ahead of himself.

We may mistake it for softness because it doesn’t threaten or manipulate.

We may mistake it for foolishness because it does not demand attention or push itself forward.

The Kingdom of Jesus is not of this world.  It isn’t born in strength.

It isn’t maintained by terror; it isn’t sustained by fear.

It isn’t energized by revenge; it isn’t served by human anger.

It’s not even Advent yet, but I want to finish with the words of my favorite Christmas carol.

Thou who wast rich beyond all splendor,

All for love’s sake becamest poor;

Thrones for a manger didst surrender,

Thou who wast rich beyond all splendor,

All for love’s sake becamest poor.

Thou who art God beyond all praising,

All for love’s sake becamest man;

Stooping so low, but sinners raising

Thou who art God beyond all praising,

All for love’s sake becamest man.

Thou who art love beyond all telling,

Saviour and King, we worship thee.

Emmanuel, within us dwelling,

Make us what thou wouldst have us be.

Thou who art love beyond all telling,

Saviour and King, we worship thee.