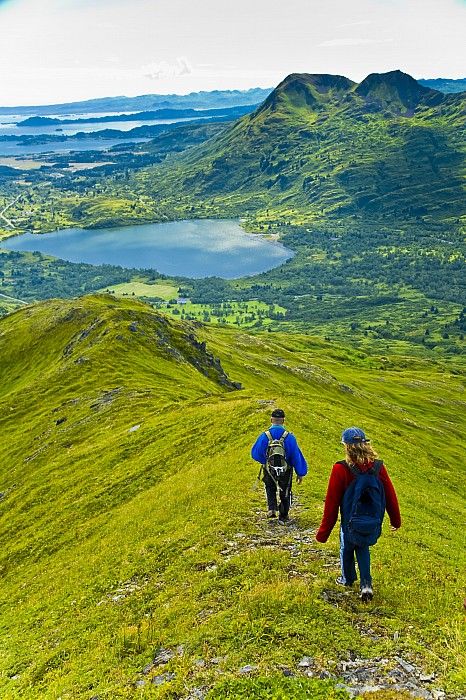 We are Valley Girls and Val Dudes

Two years ago, Gelind and I visited my sister and her husband in Wales.  This was Gelind’s first time in that rugged principality and we were keen to show her the sights, including Snowdonia National Park, home to the tallest mountain in Britain outside Scotland.

What makes Mt Snowdon fun is the funicular railway that takes passengers to the top, giving the luxury traveler an alternative to walking.  Not because we’re luxury travelers, but because of my fear of heights, we took the train and waved smugly at the legion of hikers trudging to the summit.  The journey up was spectacular, as was the view from the top.  But it was the descent that will live in my memory.  And not in a good way.

We were relaxing on the train, chatting away, waving at the walkers, when one hiker disappeared.  He literally just vanished.  He was one of the few who was sporting enough to wave back at us hoity-toity train travelers, and in his enthusiasm to return our waves, he took his eyes off the path and fell.

And immediately we passengers on the train divided into the sheep and the goats.  And there weren’t many sheep.  I was one, obviously.  I took a sharp inhale and felt concern for the hiker.  ‘Is he OK?  Is he injured, will anyone come to his rescue?’  But most of my fellow-travelers burst into applause and laughter.  I looked around me, shocked, thinking who are you people?  Why was that funny?  I don’t get it.  My sister leaped to the defense of the laughers.  “It was like the comedy show where someone isn’t watching where they are going and walks into a lamppost or into a manhole”, she protested.  ‘But this is reality’, I insisted, ‘not TV’.

So, being her little brother and nursing a library of memories of times she used her age and superior language and reasoning skills to best me, I saw this golden opportunity to get one back.  Morally, it was obvious I was right, and she was wrong.  So I lamented the evil of this present age and how mass media has insulated us from experiencing the pain of people’s real lives, how our obsession with entertaining ourselves has left us unable to empathize with the suffering, so that someone’s genuine misfortune is considered a scene from a sitcom.  I declared that we in our luxury train carriage are isolated from the poor hikers and can literally pass by on the other side, entertaining ourselves, while his fellow walkers, who are not laughing, stop and bind up his wounds, put him on their donkey and take him to an inn.  And pretty soon I’d turned the whole train carriage into a twelfth-grade lecture on social ethics.

If you’re listening, Margot, sorry.  I was a bit of a jerk.  Anyway, before the train snaked its way around the next corner, we did see the hiker stand up, and he appeared unharmed.  But he proved one fascinating and important truth about mountains.  Going down is more dangerous than going up.  The University of Innsbruck has investigated 5,638 recent accidents in Austria’s mountains and concluded that 75 per cent of falls occurred on the road home.  A mix of loose gravel, uneven ground, exhaustion and the strain of walking downhill all combine to make the descent more treacherous than the climb.

Going up was great.  Peter, James and John were there, hiking with Jesus.  They reached the top, were enjoying the view, having the experience of their lives. Jesus had gone a few yards away to pray.  And as he was praying his face went through a transformation.  A strange, but beautiful glow.  And his clothes, they were changed too. They dazzled as if lightning had been captured and woven into the fabric.  And then, as if this were not enough supernatural phenomena, the Old Testament lawgiver, Moses, and the greatest Hebrew prophet, Elijah, were now standing with Jesus deep in conversation with him.

Peter was confused, all of them were terrified, then cloud descended.  They were heading into the tunnel at the end of light. Glowing faces and shining clothes became invisible. The excitement of communion with Jesus and Old Testament heroes turned to uncertainty and fear. From glory to fog, from exhilaration to confusion, from joy to anxiety. It had all been going so well, but now it was time to head down the mountain, to make the dangerous journey back to normal life.  It’s fun to be a mountain climber, but we’re called to be valley girls and val dudes.

Do you know that experience?  I think of a time many years ago, when life was going very well for me.  I’d just started a new and exciting job in the north of England, a senior diocesan position, an exciting new phase of my life, my family seemed to be thriving, when a single conversation turned my life upside down.  Sometimes clouds descend without warning.  My vision of the sun was obscured and remained so for a very long time.  Sometimes the cloud can descend in a doctor’s office.  It can appear out of nowhere with a phone call, or an email, or the boss wanting to have a word with you.  Life is enjoyable, God seems close, circumstances are happy, the sun is shining.  Then the cloud descends.  Chaos gatecrashes the place where contentment lived, and we know that we must go down the mountain.

Freddy Nock is a Swiss tightrope walker.  Five years ago, he walked from one Swiss Alp to another along a wire suspended 1,400 feet above the ground – the highest tightrope walk ever.  Two years before that he walked up a 10,000-foot mountain on the cable that moves the cable-car.  But Freddy didn’t walk down the cable, because it is so dangerous.  Not even Freddy Nock walks down a mountain on a tightrope.

Going up the mountain we have a sense of purpose.  We’re seized by a vision for our lives.  We have a goal and a mission.  We’re striving to achieve something wonderful.  We’re focused and motivated.  We reach the summit and we are elated.  Chemicals rush through our blood system that cause us to grin, to laugh, to jump and cheer.  We embrace our friends and give thanks to God.  But then the cloud descends, and we’re forced down the mountain – back to the valley.  We fear that valley.  We don’t want to go there.  Jesus, Peter, James and John went back down to the way of the cross, the path of self-denial and death. We know what awaits us on Wednesday.  Fr John Francis and I will smear dirt on your head and tell you you’re going to die.  And the Holy Spirit will lead you into a season of discipline, fasting, and confronting your frail humanity.  God will invite you, oh so gently, to accompany him into the place of jackals and cacti.  You will be forced to examine your soul, to take a fierce moral inventory of yourself, to dissect your passions and examine your motivations.  It is no coincidence that this day every year, the Sunday before the Start of Lent, we read this same story of the mountaintop, the joy, the beauty, but then the cloud and the descent.

So how can we stay on the mountain, how can we avoid going down to the valley?  Well, I’m sorry to tell you this, but we can’t.  If God led Jesus back down the mountain, and we are to be followers of Jesus, then surely we can’t avoid that cloud and the descent.  We are val dudes and valley girls.

So where is our hope?  What is our consolation as we fumble around in the cloud, trying to find the path we know we have to take?  Well, notice a couple of details in the passage in Matthew.  He describes the cloud as ‘bright’.  This is a shining cloud.  It literally has a silver lining.  And then from this bright cloud, they hear the voice of God.  Our hope is this.  We don’t go alone.  Christ goes with us.  That doesn’t mean we will be forever happy in the valley.  The cloud is still disorienting, the confusion still persists, the valley continues to be mundane.  But it is the dwelling place of God.  And if we determine that we will go there with him, then we can bear the valley.  We can even thrive in the valley.  It won’t consume us.  The cloud won’t suffocate us.

Once upon a time there was a far-away land that was ruled by a cruel and godless king.  His iron hand reached into every corner of his people’s lives.  Every corner, that is, except one – he could not destroy their belief in God.

He passed all manner of laws banning faith, and devised countless punishments for those who persisted, but to no avail.  Finally, in his frustration he summoned his advisors and asked them, “Where can I hide God so the people will forget about him?”  One suggested hiding God on the dark side of the moon.  This was discussed and voted down because scientists said that one day mankind would be able to travel into space and God would be re-discovered.  Another suggested burying God in the deepest part of the deepest ocean.  This too was rejected, as was every other idea that the court came up with.  Until the oldest and wisest advisor had a flash of insight.  “Let us hide God where no one will ever think to look,” he said.  “Let us hide God in the ordinary events of people’s everyday lives.”  And so, it was done.  And they say the people of that land are still looking for God.

Look for God in the valley of Lent.  Spot him in the beauty of creation as it begins its re-birth after its winter death, even now as the crocuses are peeping their heads out of the soil.  See him in the laughter of friends, the embrace of family, the beauty of art, the majesty of music, the comfort of rest, the passion of your hobbies, and yes, the Word and Sacrament each Sunday, the daily email devotionals.  But see him in other places too.  In the cry of pain, the tears of despair, the ache of loneliness, the frailty of sickness, the shadow of death.  For even in that valley, we will fear no evil for his rod and his staff will comfort us.  Here’s my challenge this Lent.  Don’t go to bed without consciously seeing God somewhere each day.  And then when you spot him, linger with him. Let’s go God-spotting as we travel in the cloud and as we live in the valley.