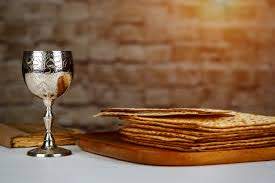 What would you Order for your Last Meal? From Eden to Egypt Part 14

From Eden to Egypt: Part 14

You’ve seen it in the movies, and if you’re like me it has caused you to mentally switch off from the film and lose yourself in a sea of culinary fantasy.  There’s a prisoner.  The cell he occupies might be in Victorian London, or Revolutionary Paris, or Ancient Greece, the island of Alcatraz.  Wherever the prisoner is, his future is bleak.  Within a few hours he will be executed.  And a prison guard performs a centuries-old custom – one of kindness and solemnity.  He asks the condemned man what he would like for his last meal.  Now, as a piece of cinema this is terrible because the audience instantly loses attention and thinks about what they would choose for their final meal.  Just like this is a useless way to start a sermon because from now on you’re not listening to a word I say because you’re thinking shall I have the caviar sauce or the truffle souffle with my chateaubriand?

In medieval Europe, the last meal was symbolically important: By accepting the food, the prisoner was thought to be making peace with the executioner and renouncing all vengeance – including in the afterlife.  So, the meal kept the condemned from returning as a ghost to haunt those involved in the execution.  Everyone was strongly motivated to make this meal the most delicious the prisoner had ever tasted.

More than a decade ago a prisoner on death row in Texas requested and received two chicken fried steaks, a triple-meat bacon cheeseburger, fried okra, a pound of barbecue with a half loaf of white bread, a cheese omelet with ground beef and vegetables, three fajitas, a meat lover’s pizza, a pint of ice cream, a slab of peanut butter fudge with crushed peanuts and three root beers.  But didn’t eat any of it.  And since then Texas has no longer offered a choice of meal for the condemned.

But the most moving requests for last meals have meal by men who, with their final act on earth, have expressed in a practical way, remorse, even penitence.  Over the years, a few have chosen to have their last meals given to other people.  For example, Philip Workman, who was executed in 2007, declined a meal for himself but requested that a vegetarian pizza be given to a homeless person. Prison officials denied this request, but then, homeless shelters received several hundred pizzas donated by people who’d heard about his gesture.

Why all this talk of last meals for the condemned?  Because that is where we are in the lesson from Exodus.  Today is Part 14 of our summer sermon series, From Eden to Egypt, and the final episode.  Actually we should probably have named the series, From Eden to Egypt and Out Again.  Because in this epilogue, the decisive moment for the Hebrew people occurs.  For an unknown length of days they have been slaves in Egypt.  Their leader, Moses, has pleaded with Pharaoh on nine separate occasions to let his people go, to give them their freedom, so that they go into the desert to worship.  And nine times the king has refused – sometimes actually promising to do it, but changing his mind.  This is a scene of final meals.

For the Hebrews it is their final meal in captivity.  For the first-born males in Egyptian families it is on the same evening as their last meal on earth.  For Jesus 1,500 years later it becomes his last supper before the cross.  For us, the followers of Christ, 3,500 years later, it is our last meal before we return into the world – to pursue the mission of God each week, at least, it will be when we are safe to take it.

This final passage in our summer series is unusual.  It doesn’t describe a conversation or even an event.  It is an instruction.  God simply gives the Hebrews directions.  On the tenth day of the month every household is to sacrifice a lamb – a year old, male, and without blemish.  Then they are to daub its blood on the door posts.  Then they are to eat the lamb, roasted, with bitter herbs and unleavened bread.  They are to eat with a sense of urgency – with their shoes on, ready to leave.  Because this is the night when God will pass over the land of Egypt and Pharaoh will finally let God’s people go.  And God finishes these instructions with the command that the Hebrew people shall perform this ritual every year for all generations.  And, of course, they have.

I find myself not wanting to think too much about the slaughter of animals, especially lambs, but sometimes scripture forces us to look at what is distasteful.  The male sacrifice, free of blemish that will save God’s people.  Who does that remind you of?  And that is why we can’t gloss over the passages in the Old Testament about sacrifices – because they point to the one perfect sacrifice that will end them all – the man without blemish that was nailed to a cross.  Jesus was brought up with the annual celebration of Passover.  Some of his earliest memories would have been of gathering with his large family around the table, hearing the great story of how God passed over the land of Egypt, and saved his people.  Jesus grew up with the taste of lamb on his tongue and the aroma of bitter herbs in his nostrils.  And by and by, in the fulness of time, he came to a shocking epiphany that this ancient story of God’s rescue was actually a prophesy of his own life and death.  Somewhere – maybe during his thirty years of obscurity, perhaps during the three years of his public ministry at the end of his life, Jesus came to understand that his identity was the lamb of God that takes away the sins of the world; that in some mysterious way, beyond understanding, his identity was bound up in that sacrificial lamb.  Indeed, he was the sacrificial lamb – the blemishless one who would free God’s people from captivity – not to Pharaoh, but to sin, and death, and alienation from God.

There is death all over this meal.  The bitter herbs taste of bereavement and suffering  chewed, swallowed, and digested. The bread, made without yeast, made without life, without warmth, without taste.  Have you seen yeast through a microscope?  It’s like the concourse of Grand Central Terminus at rush-hour.  But this bread doesn’t contain any.  They don’t have time to wait for the dough to rise.  This is the moment.  They’ve got to be ready.  They have to eat, but be prepared at any moment to stand up, leave their homes, and walk for their lives.

This meal is the most somber because there’s death all over it; the most restless  because it’s covered in urgency; and it’s the most celebratory because despite the death and the urgency, it is the source of escape.  It’s the prelude to liberation.

We talk of ‘celebrating’ Holy Communion, or the Eucharist, or the Lord’s Supper – take whichever term you prefer.  In our tradition we always try (and usually succeed) in reproducing the solemnity of this meal.  We remind ourselves each time we take Communion, of the death of Christ – the lamb without blemish whose sacrifice sets us free.  And we eat it with urgency because we don’t live in his building.  (Like you need to be told that after six months of social distancing.)  We live in the world.  And so yes we receive the sacrament with solemnity and even with a tinge of sadness as we remember how it was our sins that took the Lamb of God to the cross.  But we eat with the sense that we need to get out there – doing God’s work, loving God’s world, serving God’s people.  That’s what it is all about.  The sacraments are our equipping, our resourcing.  As we eat and drink we are being re-fitted for mission.

You may have heard that the Episcopal Church is beginning to revise the Book of Common Prayer, which it hasn’t done for over 40 years, and in that time society has moved as has our understanding of our mission.  So, in principle, I’m comfortable with revision as long as we don’t undermine our central beliefs and practices.  But there’s one thing I hope they change.  One element of the liturgy that I find not just unhelpful, but actually harmful.  It’s the rubrics at the very end of the Communion service.  The instructions say, “The deacon or celebrant dismisses them with these words.”  And so we refer to this as The Dismissal.  Well, many of you will have noticed that in our locally produced bulletins at St Paul’s we don’t use that word dismissal.  Because dismissal is a bit, meh. It makes me think of getting a red card in a soccer match or being given out in cricket or baseball.  Or not much better, leaving the witness box in court, or leaving the presence of royalty after an audience with her majesty.  None of these are helpful images when it comes to ending a worship service.  We’re not in court, we’re in church; we’re not bowing and scraping before a proud monarch, we’re feasting at the Lord’s table.  So, in our bulletins we try to emphasize that our worship in this place may have now come to an end, but the job of mission begins.  We send you out into God’s world.  You are ambassadors for the King – important diplomats going into a society where you  are to serve the interests of our monarch, but with respect, honor, dignity, and love for those among whom we live and move.

So if anyone asks me for my input into drafting the new prayer book (and I see no good reason why they should) then I know what I’m going to say.  Get rid of the rubric about dismissing people and replace it with a call to go out and do mission!  Oh, yes, even more important than that, I’m going to tell them that we really need a Eucharistic prayer that is usable with kids.

And so we’ve made it.  What a journey.  Fourteen weeks From Eden to Egypt and Out Again.  I’ve enjoyed every minute of it and I hope you have gained something from these readings and sermons.  Here’s what I’m taking away – it’s the constant theme running through these stories, and is so apt for the summer of Covid.  Hear the Word of the Lord: God has a plan.  We can’t see what it is, but all our experiences are working together for the good – ours and the world’s.  Hold on to that promise, go on in faith, and see what God will do for you and with the parish we love.