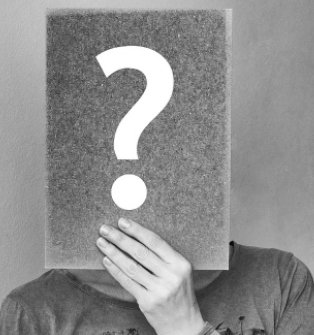 Who Do You Think You Are?

It was the worst case of mistaken identity ever. It was 1927 and Charlie Chaplin ruled the silver screen. He was the most famous person in the moviegoing world, with his bowler hat, cane, little mustache and his bow-legged walk with his feet turned out. And Chaplin lookalike contests were all the rage. From LA to London to Paris men, and women, donned their bowler hats and waddled for the judges hoping to be awarded the coveted title of ‘person looking most like Charlie Chaplin’. So, just for a laugh, the great man himself decided to enter a Charlie Chaplin Lookalike Contest. And came 20th. No, he really did. How can Charlie Chaplin come 20th in a Charlie Chaplin lookalike contest? Well, we’ll cut the judges some slack. Chaplin entered the contest without his mustache, hat, and cane. He did not go as The Tramp – the character he created for the movies; he went as himself. So, we can forgive the judges for thinking, “Who’s this guy? He is terrible. Who does he think he is?”

It probably took guts for Chaplin to enter that contest looking like the real Charlie Chaplin, rather than his famous persona. It takes courage to be yourself especially when there are judges watching you, waiting to criticize, label, and grade. Your real self may look very different from the person you play on TV, the critics might not get you, but you will at least have the deep satisfaction that comes from being authentic. When I stand in front of God I am not going to be asked “why were you not Mother Theresa or Desmond Tutu” or any other heroes of our faith. But I may be asked “why were you not Duncan?” “Who do you think you are?” God might ask; in a loving and accepting way, of course.

‘Who do you think you are?’ It is one of the most important questions we can be asked, and it’s better to ask it of yourself before someone else does. That way, when you are asked, you will have an answer.

‘Who do you think you are?’ was the question in the desert. It was whispered by the accuser of Jesus. That is what the Greek word Satan means – the accuser; the critic; the one who undermines our identity as God’s beloved children. And what a frightening, nagging, persistent whisper the devil has. Three times he asks Jesus – ‘who do you think you are?’ It’s noisy in the desert. And it’s often noisy in our heads.

‘Who do you think you are?’ when it is sneeringly, aggressively asked by that voice of the accuser, can be so overwhelming that we forget the true answer and are duped into believing a lie. The accuser calls us The Tramp but we’re really Sir Charles Chaplin.

That first one: “If you’re the Son of God,” says the accuser to a man who hasn’t eaten for weeks, “turn these stones into bread.” Who do you think you are, Jesus? It looks like you’re a great miracle worker, a magician, available for parties and charity events. Pull the rabbit from a hat, saw the lady in half, maybe escape from a straitjacket inside a safe at the bottom of a swimming pool. Go on, miracle-man, turn the stones into bread. You know you want to.

That’s what a magician would do. The first temptation is for Jesus to believe this lie: ‘I am what I do’. Jesus is tempted to think of himself as just a miracle worker.
You are what you do. How quickly I swallow that lie. I preach, I pastor the flock, I seek out the lost. That’s what I do, so, the lie goes, that is who I am. But when I embrace that lie, I hug a snake to my chest. Because it brings a friend with it – workaholism. If I am what I do, then I’d better be successful at it, because that will mean I’m a good person. So, I work too hard, because if I don’t that would make me unworthy of love and respect. My activity becomes the source of my self-worth. So, when I have a productive day, I feel good about myself and think that God loves me, and when I have an unfruitful day, I think God must be displeased.

Anyone know what I’m talking about? Many, many people in the developed world hear this lie, and very many of us believe it. Of course, work is a gift. We were made with the need and the desire to do something productive with our day. Giving all you have and leaving it on the floor – that is a glorious thing. I hope all of you feel it regularly. But let’s not allow that to tip over into a belief that this is what we’re all about, that our worth in God’s eyes depends on what we do.

The late Henri Nouwen summed it up really well. “I realized that I was caught in a web of strange paradoxes. While complaining about too many demands, I felt uneasy when none were made. While speaking about the burden of letter writing, an empty mailbox made me sad. While speaking nostalgically about an empty desk, I feared the day in which that would come true. The more I became aware of these paradoxes, the more I started to see how much I had fallen in love with my own compulsions and illusions, and how much I needed to step back and wonder, “Is there a quiet stream underneath the fluctuating affirmations and rejections of my little world?”

The pandemic has taught us many things; and possibly the most important is this – we are not what we do. When we are forced against our will to stop – we see it clearly. When an addict is denied their poison, they see in painful clarity just how dependent they are. So now as people trickle back to their old workplaces, many getting back on the bus, others driving up or down the Parkway, let’s not get sucked back into the lie that you are what you do. What you are is God’s child. You cannot earn God’s approval and acceptance by working hard. All you have to do is nothing. You already have it. May as well just accept it – you are not what you do, you are a child of God.

If Jesus’ first temptation is to believe that he is what he does, his second is equally powerful. You are what you consume. “Bow down and worship me,” says the accuser, “and in exchange I’ll give you all the kingdoms of the world and their splendor. Hey, Jesus, who do you think you are? You know you’re a consumer, right? You know it’s all about how many pieces you have when the game goes back in the box. And you can have it all. Just think about the good you could do if you had all the power and wealth in the world – you would end war, eradicate hunger, do away with disease. Who do you think you are, Jesus?

If there is any lie that we 21st century Western people can’t escape, this is it. Through ten thousand media outlets every day. You are what you consume. Purchase the item and you’ll be attractive or successful or happy or you’ll command the respect of the neighborhood. The success of a door-to-door salesman lay in his opening line. “Good morning, sir or madam, let me show you something your neighbor said you couldn’t afford.” Here’s what Jesus knows, and what we too know when we’re honest with ourselves: we are not the sum of our possessions. Who we truly are is what is left when everything else is stripped away. We are the free, dignified, beloved children of God, who will not be mastered by the power of our stuff.

So, Jesus’ final temptation. “If you’re the Son of God throw yourself off the top of the temple because angels will catch you. Who do you think you are, Jesus? You are what people think you are. Come on, do something breathtaking in the big city. Go viral. Jump off the Temple and onto the front page. Instant recognition, thousands of Twitter followers, millions of Facebook friends. This is obviously the Messiah, they’ll say. Hey, Jesus, do this right and you may not even have to go to the cross. Who do you think you are, Jesus?

This one hurts. Of these three lies – you are what you do, you are what you consume, and you are what people think you are, this one stalks me. Daily. It knows where I live, and it speaks my language. I envy people who don’t care what others think of them. Chaplin doesn’t need to pose as his persona. They don’t try to cover up their vices or put on a show of their virtues. Many years ago I complained to a friend that some people had misunderstood and misjudged me, and he told me, “It’s none of your business what people think of you.” The proper liturgical response to that is ‘ouch’. I know he was right, but I wish I could believe it. The lie that I am what people think I am forces me to silence my truth when I should be speaking it, bury my conscience when I should be acting on it, withhold my opinion for fear that someone in the room will think poorly of me; bury God’s gift, God’s word, God’s liberating truth.