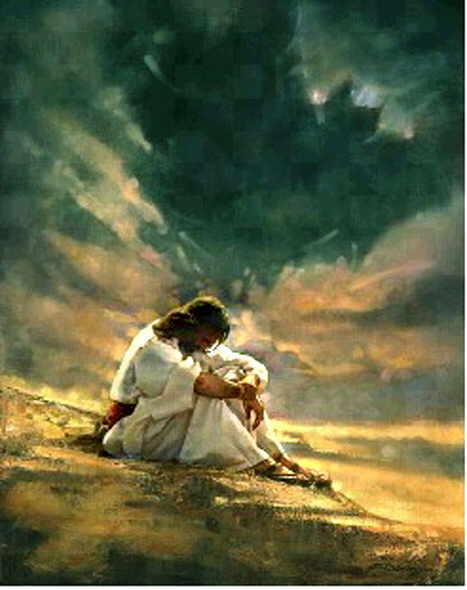 Who Do You Think You Are?

So, I was thinking about what to give up for Lent.  And I knew it should be something that would involve a real sacrifice.  There’s no applause in  heaven when someone gives up eating liver.  So, I thought doughnuts.  Apple fritters are my favorite because you can kid yourself you’re just having a piece of fruit.  So, in a wave of holy zeal I thought I’d show God just how dedicated I am to observing a proper Lent.  And then, as Ash Wednesday approached, I started to wonder, if I was taking this too far?  Because God doesn’t want dull followers who wear hair shirts, so maybe I’ve misjudged this, and really, he wants me to give up something that doesn’t require so much self-control.  Or maybe, instead of giving up doughnuts, I could put five dollars in a jar every time I ate a doughnut, and then at Easter I could give all the money in the jar to people who can’t afford doughnuts.  So, I made a deal with God.  I prayed that if he really did want me to give up doughnuts then when I drive to work on Ash Wednesday, there’d be no parking spaces outside the baker’s.  But if there was a parking space outside then I should go in and taste and see that the Lord is good.  So.  It’s Ash Wednesday and I’m driving to work.  I turn the corner and I see the baker’s.  And as I get closer, I think I can see, yes, I can.  Wonderfully, gloriously, miraculously, right outside the baker’s is a beautiful parking space – on only my fifth time around the block.

Man cannot live by doughnuts alone.  Welcome to Lent 2019.  Are you ready to rumble?  Because that is our call.  Every first Sunday of Lent we read about Jesus’ temptations in the wilderness.  Jesus strides into the desert to do battle with himself and his adversary.  This is a forty-day bout for the championship of the world.

The fight is staged in the desert, but it also takes place in the mind of Jesus.  It’s tough out there, and it’s tough in here, because it’s here that most of the battles between good and evil take place; where compassion wrestles selfishness and truth boxes falsehood.   A person who can control what goes on between their ears will inherit the earth and everything in it.  It’s noisy in there.  Many voices, many claims; some loud, some subtle, some so quiet you can hardly hear them.  Which ones should I listen to, which are my friends and which my enemy?

Behind every temptation lies a false belief.  Often, it’s a false belief about God, like “God doesn’t really care about you, so if you are going to get the things you need you must cut corners, bend rules, put yourself ahead of everyone else.”  But sometimes, the false belief that powers the temptation is about yourself.  “What are you – a consumer, a worker, something else?  Where do you find your identity?  On what is your security built?  Who do you think you are?”  That is the one of the most important questions we will ever answer.  It is a question that is posed every day of your life and it was the deep vital question behind the three temptations Jesus faced during his 40 days of desert combat.

You are what you do.  How quickly I swallow that lie.  I preach, I pastor the flock, I seek out the lost, I care for the sick.  That’s what I do, so, the lie goes, that is who I am.  But when I embrace that lie, I hug a snake to my chest.  Because that lie brings a friend with it – workaholism.  If I am what I do, then I’d better be successful at it, because that will mean I’m a good person; and if I’m not as successful as I want that would make me an inadequate human being.  So, I work all the hours God sends, because if I don’t that would make me unworthy of love and respect.  My activity becomes the source of my self-worth.  So, when I have a productive day, I feel good about myself and think that God loves me, and when I have an unfruitful day, I think God must be displeased.  Anyone know what I’m talking about?  Many, many people in the developed world hear this lie, and very many of us believe it.  Of course, work is a gift.  We were made with the need and the desire to do something productive with our day.  Giving all you have and leaving it in the office when you go home – that is a glorious thing.  I hope all of you feel it regularly.  But let’s not allow that to tip over into a belief that this is what we’re all about, that our worth in God’s eyes depends on what we do.

Here’s the choice we have – stress, poor health, unsustainable work-life balance, neglected priorities, broken relationships, chaotic or addicted lives.  Or relaxing in the truth that you are God’s child – uniquely special and dearly loved.  Don’t try to earn God’s love by working hard – just accept it.

If Jesus’ first temptation was to believe that he was what he did, his second is equally powerful.  You are what you consume.  “Bow down and worship me,” says his adversary, “and in exchange I’ll give you all the kingdoms of the world and their splendor.  Hey, Jesus, who do you think you are?  You know you’re a consumer, right?  You know it’s all about how many pieces you have when the game goes back in the box.  And you can have it all.  And just think about the good you could do if you had all the power and wealth in the world – you would eradicate hunger, end war, do away with humanity’s deadliest diseases.  Who do you think you are, Jesus?  Who do you think you are, Jack, and Brittney, and Van?  If there is any message that we 21st century Western people can’t escape, this is it.  Through ten thousand media outlets every day.  You are what you consume.  Purchase the item and you’ll be attractive or successful or happy or you’ll command the respect of the neighborhood.  The record-breaking success of a door-to-door salesman lay in his opening line.  “Good morning sir or madam, let me show you something your neighbor said you couldn’t afford.”  Here’s what Jesus knew, and what we too know when we’re honest with ourselves: we are not the sum of our possessions.  What we truly are, who we truly are is what is left when everything else is stripped away.  We are the free, dignified, beloved children of God, who will not be mastered by the power of our stuff.

Did you hear that sound?  You may not have picked it up through the microphone, but that was my heart sinking.  Because of these three false beliefs – you are what you do, you are what you consume, and you are what people think you are, this one stalks me, hunts me down, and kills me.  Daily.  It knows where I live and it speaks my language.  It has a bullet with my name on it.  I envy people who don’t care what others think of them.  You know them people, you possibly are them.  They don’t try to cover up their vices or put on a show of how virtuous they are.  They really seem not to care if they are liked.  Being considered a jerk is fine.  I once complained to a friend that I was being misunderstood and misjudged by someone and he told me, “It’s none of your business what people think of you.”  I know he was right, but I wish I could believe it.  The lie that I am what people think I am forces me to silence my truth when I should be speaking it, bury my conscience when I should be acting on it, withhold my opinion for fear that someone in the room will think poorly of me; bury God’s gift, God’s word, God’s liberating truth.

Who do you think you are?  Jesus didn’t turn stones into bread because he knew he was loved by God.  Why perform magic tricks to prove it?  He didn’t bow down to his adversary to get power and wealth because he knew he was loved by God, and that was enough.  He didn’t jump off the Temple and win everyone’s praise – he was securely rooted in the knowledge that he was completely accepted by God for who he was.  So, what if some people don’t like me?