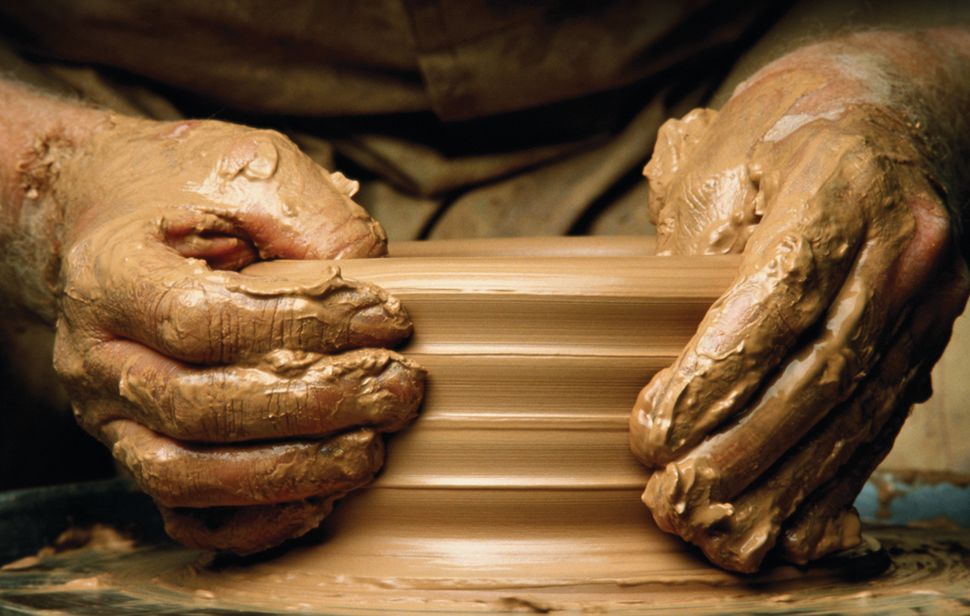 Whoever Wins on Tuesday, God is Still in Control

I must share with you this piece of paper that I found, tucked inside the copy of a World Book I bought in a library sale in Michigan.  It is a newsletter for employees of a factory in that state.  And on the back, the editor has inserted an weird, and rather creepy, space-filler.  It’s a comparison of the assassinations of Lincoln and Kennedy.  Here are some of the highlights:

Their successors were both called Johnson and were both Southern Democratic Senators;

Now, what I find so amazing about this is not hours of research that went into it, but the date of this newsletter.  August 27th 1964.  Which just goes to show there’s nothing new about conspiracy theories.  That helps me keep this general election in perspective.

We’re two days out and, as if by some grand design beyond our control, it’s All Saints’ Sunday.  It’s as if the message of Christian unity – that we are part of the worldwide, holy and apostolic church is even more relevant today than it is every other Sunday of the calendar.  This is a gift from God, because we are forced today to celebrate our unity in the context of a bitter and painful election.  We really need this.  Like you, I have been dismayed by the fear, bewildered by the nastiness, and deeply discouraged by the prospect of what happens next.  I’m disheartened by the vitriolic language and the hyperbole.  I’m depressed by the manipulation of human nature’s basest instincts.  This election season has brought the worst out in many of us, including me.  So, today, All Saints’ Sunday 2020, we are presented with a God-given opportunity to celebrate Christian unity in what is the most difficult context – a country that is devastatingly polarized along political lines, where family members put each other on extinction over their choice of candidate and where whatever side of the divide we’re on, it is almost impossible to understand how anyone could be on the other side, let alone have respect for their position.

Ever since I was ordained 27 years ago I have felt it my duty to talk about the general election the Sunday before.  And today is no different.  But let me tell you what I’m not going to do.  I’m not going to tell you who to vote for.  I’m not even going to name the issues I thought were important when I  decided how to vote.

Instead I’m going to talk about perspective.  That newsletter gave me the perspective  that no matter how weird it gets, there is nothing new under the sun.  And there are other vital perspectives – like the Beatitudes that we read in Matthew’s Gospel – especially ‘blessed are the peacemakers’, and I want to encourage you to be the living, breathing incarnation of that statement.  I want us to commit to being peacemakers.  Our friends, families, neighbors, towns and country need us to be.  Oh, yeah, and you’ll be blessed.

The perspective of history is also vital.  Some people are calling this the most important election ever.  Well, my knowledge of US history is weaker than yours, but in 1860 the election was all about whether it was OK to own people.  So, important though this election is, and I do think it really is, let’s keep it in perspective.

John Wesley, the great Anglican evangelist whose work in the UK and America has shaped 250 years of church history, wrote this in his diaries, “Today I met those of our society who had votes in the ensuing election, and advised them:
“1. to vote, without fee or reward, for the person they judged most worthy;
2. to speak no evil of the person they voted against;
3. to take care their spirits were not sharpened against those that voted on the other side.”

He wrote that on October 6, 1774.  Now, the most notable thing about the British election of 1774 is that it was totally corrupt.  The election was essentially bought by King George III for the party that would pursue his policy on the North American colonies.  (How did that work out, George?)  But if Wesley could write this about an election where the Head of State is paying people to vote for his favored party, then how much more must we follow his instructions in a relatively squeaky clean election – to speak no evil of the person we voted against; and to take care our spirits are not sharpened against those that vote on the other side.

So, blessed are the peacemakers.  Peacemakers live in the light of the ultimate victory of God and the eternal Lordship of Christ.  It’s why they can make peace – because they see the extraordinary events we are living with from the perspective that God is victorious and Jesus is Lord.  So we have disagreements.  So what?   Peacemakers can approach Tuesday with hope, and Wednesday.  Because there will be a Wednesday.  Not that you would think that to hear the fearful voices.  Some say that it will be the end of the United States as we know it.  Either there will be a Marxist in the White House, the economy will cease to function, and violent anarchists will destroy our cities and suburbs, or we’ll have a totalitarian in the White House, the institutions and traditions that keep us free will be destroyed, and ranks of heavily armed militia will patrol our streets imposing law and order.

And so, what if your candidate loses on Tuesday?  Is it the end of the world?  No, God decides the date of that event, not voters.  Is it even the end of God’s plans for the world?  No.  God has been weaving rulers and regimes of all degrees of wickedness into his plans for the world for thousands of years, and nothing that happens on Tuesday is going to shock, dismay, or disable God.  And neither should it us – the followers of Christ who take seriously the call to be peacemakers.

So, if you find yourself distraught on Tuesday night be assured that God is still in control.  You might not think it.  In your disappointment you might feel like God’s will for the country has been thwarted.  You may choose to listen to the voices that will tell you it’s time to emigrate.  But God is still in control.  So please do a Wesley: take care your spirit is not sharpened against those that voted on the other side.  But what if your candidate wins on Tuesday?  Well, again keep it in perspective.  No president can bring in the Kingdom of God.  Whoever wins is an imperfect man, a sinner, he will disappoint you, he will make mistakes, and will fail to live up to his own expectations, let alone yours.  Injustices will still occur, people will still suffer, situations at home and abroad will still go badly from time to time, even if your candidate wins, because all human institutions are marred by sin and frailty, and that includes government.

Now, we Christians, especially we Anglican Christians, Episcopalian Christians, know something about living in unity.  At least in theory.  This is the Feast of All Saints.  We Anglicans were founded on the magnificent and earth-shaking idea that Christians of all stripes, Catholic, Puritan and everything in between, can sing, pray, and receive the sacraments side by side as sisters and brothers, despite differences of politics or church dogma.  It is our unique gift to the world church.  So when we, the parish of St Paul, live into our spiritual tradition we place our unity as a brilliantly magnificent ideal.  We hold it to be more important than who’s right or wrong over biblical interpretation, or church music, or whether we pray out of books or not, or whether our yard sign is red or blue.  So, let us live this week in the perspective of scripture – Jesus is Lord and we are his people – each one of us – joined together in glorious unity – unity that will not be broken by political differences.

I’d like to finish with a blessing written by Kenneth Tanner and posted on the website of Sojourners.  I have edited it for brevity.

May you remember that all politics and all platforms and all borders and all leaders are temporary.

May you recall that political movements and personalities are here one day and gone the next.

May you resist the temptation to place ultimate trust in any person, policy, party, movement, or nation because there is no nation with an eternal foundation.

May you have strength and beauty and determination and wisdom as you love your neighbor and your enemy as Christ has loved you.

May you comprehend that your salvation is not dependent on whom you vote for; that you are under no biblical or moral obligation to vote for a person or party or proposal or initiative if that vote violates your conscience.

May you have empathy for the votes of others that you find troubling — particularly those of family and friends. May you have ears to hear what lies at the heart of their concerns, and eyes to see the noble but imperfect search for goodness that is motivating their choice, especially if you strongly disagree.

May you be grateful for the opportunity to participate in your government, and if you choose not to participate in the election may you find ways to make that non-participation more than a protest. May you act to help and protect the poor, oppressed, and defenseless who might have been helped or shielded by your vote.

May your posture toward every human leader be driven by respectful prayer, and where protest, prophecy, and nonviolent resistance are needed, may you have the courage to humbly speak, and lovingly oppose ideas and actions that oppose Christ and his kingdom.

May God grant you grace to affirm the humanity in every political candidate, and to impartially and energetically embrace any pursuit of genuine human flourishing they propose.

May you trust that God is working behind the scenes of history to draw all things to a good and proper end with justice and mercy.